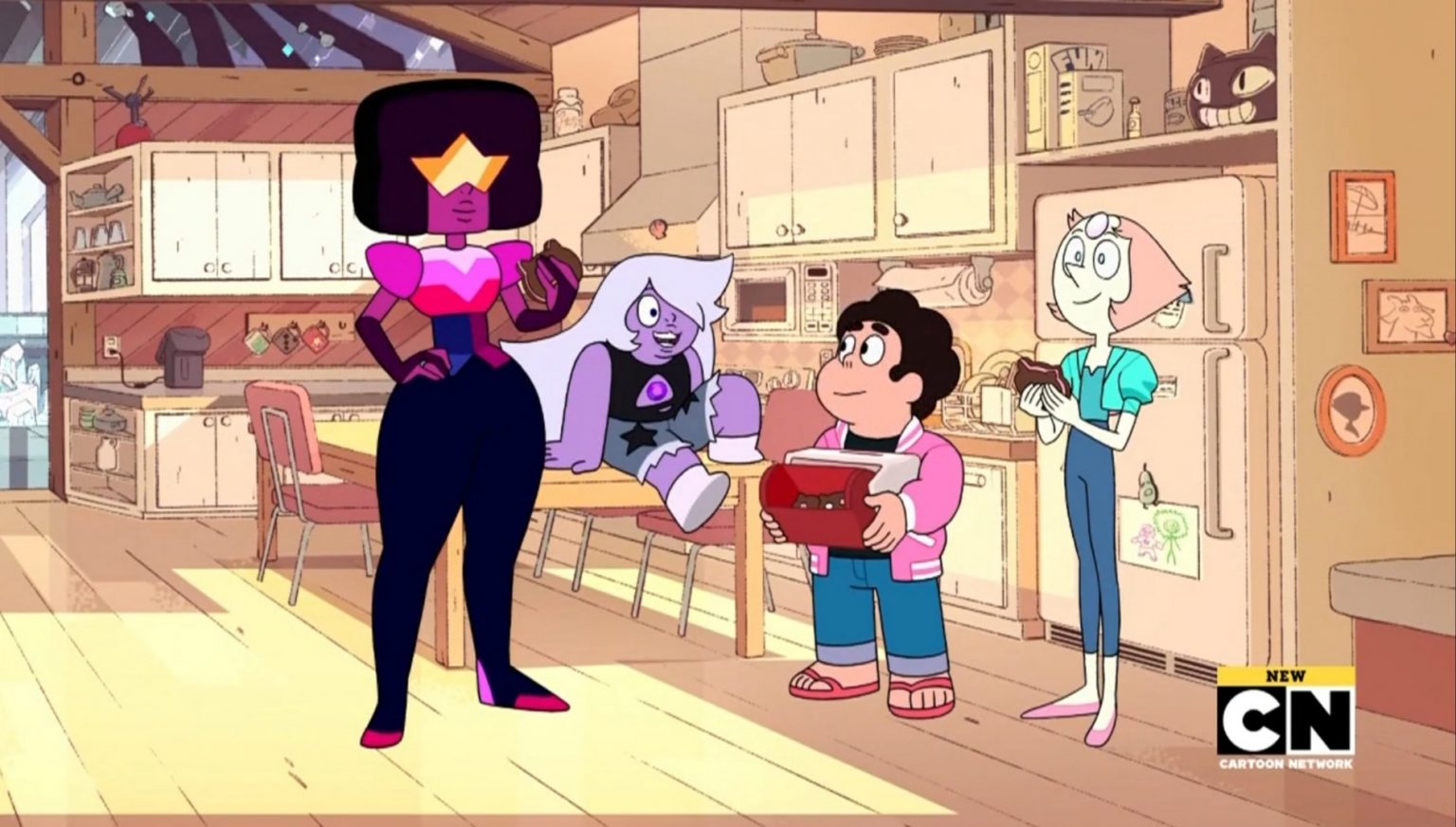 It's a full circle as Steven presents this home made Cookie Cat Ice Cream, similar to the first episode where they ate that Ice Cream.
Animation

Steven Universes’ Finale and the Efficacy of Empathy

The End of an Era, and the Beginning of the Future

Steven Universe Future Ended the its run with its three part finale that’s a conclusion to the series as a whole. The episodes “Homeworld Bound”, “Everything’s Fine”, “I Am My Monster”, and “The Future” aired Friday the 27, the first being released the Wednesday before on the CN app.

This episode quad(17-20) is the culmination of years of storytelling, and the question on everybody’s mind is ; is the finale satisfying and a good end-cap to the series.

For episode 17 Steven travels to Homeworld where, in trying to seek help from the diamonds, his condition worsens. The following episode shows Steven going through an emotional episode, trying to fix everything in order to gain some semblance of stability.

Doing this does more harm than good, and when his family confronts him about his issues he looses control and takes on a monstrous form. Releasing all of the emotions he’d been trying to hold within himself, worrying that doing so would harm or consume others.

In the Penultimate episode, Steven fully goes on a rampage and the Diamonds show up. Together the Crystal Gems, the Cluster, and the Diamonds try to contain Monster Steven but every plan they try doesn’t work. Steven finally calms down when the group is rallied by Connie, who has every show their support for Steven and embracing him and he turns back to normal.

The last episode jumps a few months ahead head where Steven has a therapist, has overall improved mental state and is planning to take a road trip and leave home. After saying goodbye to the Gems he leaves the city, excited for the future of possibilities he will forge for himself.

Does the ending work?

The Entirety of Steven Universe Future is a foil to original series, the first being the fight and “Happy ending” and the latter being the consequences of victory and its effects on its hero. So when examining on if the finale was successful or not is entirely subjective. But if we take the idea the show champions as its theme, the idea of empathy, we can look at the end and see if it ends with said idea.

For the entirety of the series, Steven Universe has put everyone’s needs above himself, supporting his friends and family. since many of them are emotionally stunted, Steven found self worth in being the one person who could “fix” everything. So when all the fighting done and the wars won, Steven finds himself lost and worthless.

Stevens greatest ability has always been empathy, and due to him always caring about other he’s forgot to be empathetic towards himself. Instead of doing that he views himself as a broken person who has no purpose and is a monster of his own, and others, creation. So to not hurt/bother others he doesn’t talk about his trauma until its too late.

Sp the idea of him leaving in order to find himself as an ending can be irksome to some fans of the show. Rather than some grandiose song or gesture, the final episode is quiet and intimate. It acts, not as an ending to Steven Journey, but his end as a Crystal Gem. He leaves for himself and he deserves and needs this break to become his own person.

While SU has issues of leaving out explanations, characters and story lines, this show acts as an end to Steven the Crystal Gem. And as a whole, while it does feel a little rushed, it works pretty well.

So in times of trial, and in times of peace; let us all be like Steven and have some Empathy. For our friends, family, enemies and for ourselves.