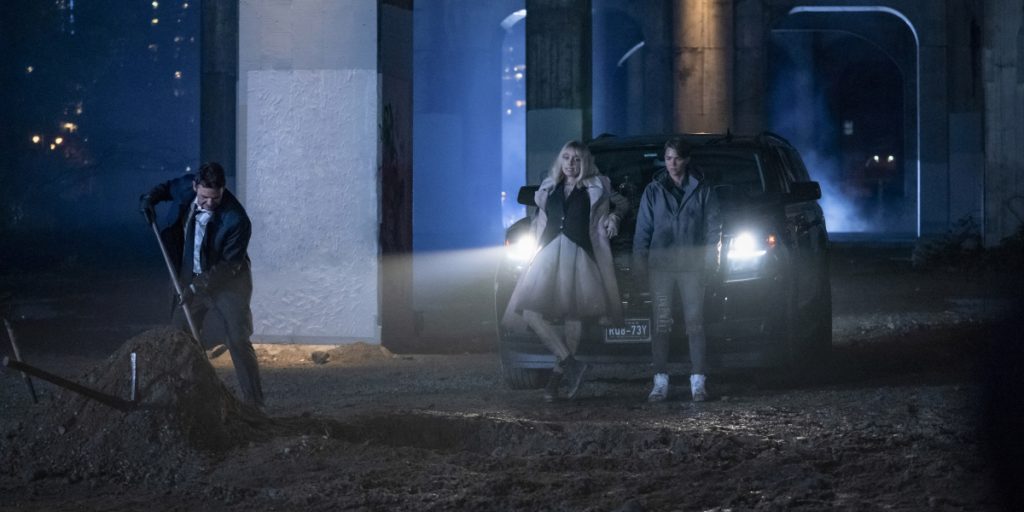 This had to end with Kate betraying Alice, and I’m glad that they took that route. Now what’s crucial is what happens next. Alice lost motivation as a character when two goals were accomplished : the death of her tormentor and her need for attention/revenge was sated. So now that she was betrayed by her family one last time, she can have that motivation to carry on the rest of the season as the big bad.

The shows trying to introduce a secondary mystery villain with all of the assignations his episode, and it only really works since we have Camrus Johnsons’ Luke Fox to react to it. Johnson was able to convey the emotion of a someone in longtime grief, and it is a great opportunity to show off what the actor can do. Especially since the character hasn’t had a lot of emotional moments to work with.

The reintroduction of Julia Pennyworth seemingly comes out of nowhere, but it works within the logic of the show and kind of pulls Kate’s romantic life away from Sophie(which is a plus).

It’s somehow a Bat Family tradition to shy away from therapy and live under your trauma rather than above it, and hopefully Kate doesn’t repeat this trend. Her panic attack at the beginning of the episode was the best emote Ruby has given on the show, and I’m excited for the character to grow from this. Kate Kane needs to accept her mistake and grow from it, and seeing if the writers know how to pull this off will be very interesting the in episodes to come.

Currently, due to the COVID-19 virus epidemic, many of the CW shows have stopped filming and are uncompleted. Rumors have surfaced that in three weeks, more episodes may be released.

Batwoman airs 8/7 c Sunday Nights and is available on the CW app.