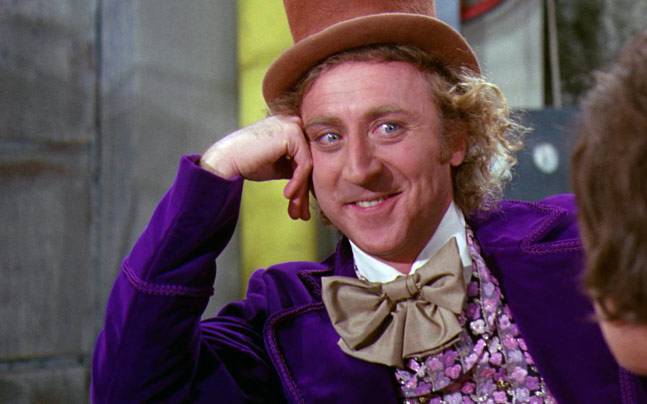 Taika Waititi to Direct “Charlie and the Chocolate Factory” Series

Foppishly dressed millionaire systematically murders children to catchy song and dance numbers? No we’re not getting a reboot of “The Hunger Games,” but another adaption of Roald Dahl’s “Charlie and the Chocolate Factory.“

The book itself is pretty strange, the 1971 Gene Wilder version (which Dahl reportedly despised) both captured our imaginations and scarred us for life. Tim Burton took his shot in 2005, somehow managing to stick closer to the more horrifying aspects of the source material while running screaming maniacally like a squirrel on bathsalts in the other direction with a story about orthodontia. So who better to possibly right the ship, than “Jo Jo Rabbit” director Taika Waititi?

Yes, the man who at some point must have walked into a studio and said “I want to do a dramedy set in WWII Germany about a little boy and his imaginary friend Hitler,” and *didn’t* get asked to leave immediately, will be doing two animated Willy Wonka series for Netflix.

One will be based on the characters and events of “Charlie and the Chocolate Factory,” so get ready to see gum-smacking Violet turn into a blueberry again. The other, will be an origin story of the Oompa Loompas, “a wholly original take on the Oompa-Loompas, that builds out their world.” We’ll see how closely he sticks to the books version of their story, which is a little -disturbing. Then again, what isn’t in a Dahl book? There’s an entire plot point in Matilda about locking children in what is essentially an iron maiden.   Waititi’s unique blend of dark humor, heart, and imagery that made “Thor: Ragnarok,” “What We Do in The Shadows” and (particularly) “Jo Jo Rabbit” so entertaining and touching. The Chocolate Factory story seems to be in very capable hands.

Netflix has acquired the rights to other of Dahl’s classics such as “Matilda,” “The BFG,” and “The Twits,” which will be made into animated series for an entirely new generation of children (and adults) to be enchanted and horrified by.

Remember kids, brush your teeth, read a damn book and never, ever, trust an adult. Especially one that lolls around in bed for a decade and then dances the Fandango at the mention of candy.  Shame on your Grandpa Joe! Your whole family is eating boiled sock soup because you didn’t feel like getting out of bed to wrangle carts in the Wal-Mart parking lot?