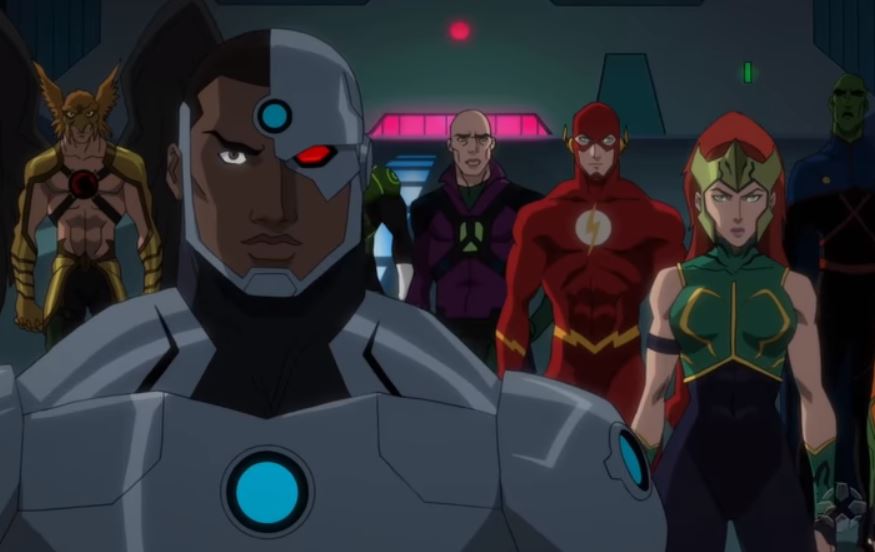 The Final Clash Between The League and Darkseid

IGN dropped the trailer March second, stating that this film would have the ‘ largest ensemble of characters in the six year history’ of the DC Universe Movies.

Directed by Matt Peter’s and Christina Sotta, this film will the 16th entry of the series and is rated R.

While the film features many returning DCUM voice actors, Matt Ryan, Jerry O’Connell, and Taissa Farmiga reprise their roles as Constantine, Superman, and Raven – the trio being the main protagonists against Darkseid.

The Film is more or less a sequel to the Events of DCUM first film involving Darkseid , Justice League War. And while that film was an adaptation of the New 52s Justice League : Origins storyline, this story is exclusively made for this collection.

Superman: Red Son, Justice League Dark: Apokolips War and Superman: Man of Tomorrow are all films that were announced at San Diego Comic-Con 2019.

While no official release date has been announced, the release window is sometime this spring. The film will be available for digital download, Blu-Ray and DVD.

Are you excited for this film ? Let us know in the comments down below !