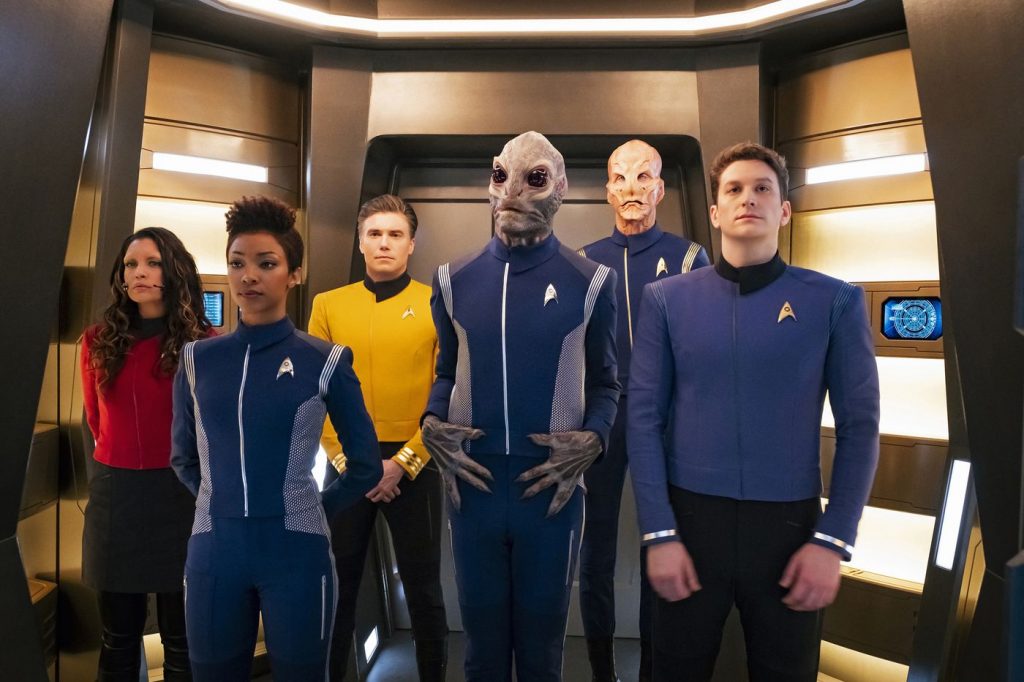 We’re not exactly short of Star Trek material at the moment. After years of no television shows being made, and only the somewhat-unpopular JJ Abrams movies to fill the gap, new Star Trek is suddenly everywhere. There have been two seasons of ‘Star Trek: Discovery’ already, ‘Star Trek: Picard’ is midway through its first season, and there’s even a spin-off show coming starring Michelle Yeoh’s ‘Discovery’ character Philippa Georgiou. Suddenly we almost have so much Star Trek that we don’t know what to do with it – and yet it feels like something’s missing.

The second season of ‘Star Trek: Discovery’ ended in April 2019, after commencing its run in January of that year. That means we’re now more than a year removed from the shocking ending of that season (spoiler alert: we’ll be discussing that in more detail down below, so don’t read on if you haven’t seen the whole story so far!), and we’re overdue for our next installment. To make matters worse, we don’t yet know when we’re going to get it – even though it’s generally understood that filming wrapped on the third season some time ago, and post-production is likely to be completed by this point, too. Like the characters on the starship that the show is named for, ‘Discovery’ appears to be in limbo at the moment, and nobody knows when it might escape.

It’s obvious why this has happened. CBS doesn’t want to air both ‘Picard’ and ‘Discovery’ at the same time when they could spread them out, and that way, ensure that Star Trek fans were still paying for their All Access service much later in the year. You could also make a case for saying that ‘Discovery’ would suffer from being aired too close to ‘Picard’ because of all the attention that’s been lavished on the latter show. Even though not every reviewer agreed that it’s a great show, the level of affinity and affection that viewers have for both Sir Patrick Stewart and the character of Jean-Luc Picard guaranteed that the focus of Star Trek fans would be firmly on ‘Picard’ in January 2020, and ‘Discovery’ would have risked fading into the background if it had aired at the same time.

Something still doesn’t add up, though. Even taking all of the above into account, there’s no reason why an air date for ‘Discovery’ couldn’t and shouldn’t have been announced already. ‘Picard’ will finish its run at the end of March. If the plan is to begin airing Discovery in April, there’s nothing to be lost by letting us know that. Even if CBS is planning to hold off until summer, it would be nice to know in advance. Presumably, if the show has been renewed for a fourth season, the cast will shortly be required to return to the studios and start filming. Filming reports would soon result in spoilers. If a major cast member isn’t present, it will be obvious that something happened to their character during the third season, and so a major plot point could accidentally be revealed.

Perhaps this is just impatience on our part. Although we realize and have read that there are some Star Trek fans who refuse to accept that ‘Star Trek: Discovery’ is canon (it is, and you should deal with it), there are still many fans who have enjoyed the adventures of Burnham, Saru, Tilly and the rest of the gang, and perhaps even more who enjoyed the extra dimension that the inclusion of Captain Pike and a younger Spock brought to the show during the second run. We will not, of course, be seeing Spock and Pike again in season three. In fact, we have very little idea about what we might see in Season 3 at all.

As if to answer all those fans who complained about the continuity implications about a ship like the Discovery existing in the time before the original series, season 2 ended with the ship and its crew being flung into the far future, and everybody in ‘the present day’ being sworn to secrecy about its crew, its existence, and its activities. Even Spock was expressly forbidden from ever mentioning the existence of his adoptive sister – and as far as we know, he never did. Starship Discovery is now almost one thousand years into the future compared to where it was at the end of the second season. That allows the show to go wherever it likes without worrying about established Star Trek continuity. There is no continuity to worry about at this point in the future – no Star Trek show has ever been this far before.

What that means for the plot is anybody’s guess. There are no limits and no restrictions. Do the Borg still exist at this point and have they conquered the galaxy? Are Klingons and humans still at peace? Have both species even survived for all these years? If not, could the crew of the Discovery be the last of the human race? Perhaps time travel is commonplace in the far future, and so there’s an easy way to get back home if the crew wants to take it. The show’s writers can do almost anything they can think of with the show, and so with that kind of creative freedom, we may be in the for the best season of ‘Discovery’ so far.

Nobody is pretending that ‘Star Trek: Discovery’ is going to go on to achieve the same level of popularity as ‘Star Trek: The Next Generation.’ That was a TV show popular that it crossed over to the movies, was adapted into an online slots game on website like UKOnlineSlots.com, and still features in video games made today. We suspect that there isn’t going to be an online slots game made about ‘Star Trek: Discovery,’ even if there are now more possibilities with the plot than there are possible combinations on the reels of online slots. It will likely have a small but enthusiastic following for the duration of its run, but the following still deserves to know what’s happening with their show. ‘Star Trek: Picard’ is great, and we’re enjoying it immensely, but we’d really love it of CBS could take the time to tell us where ‘Discovery’ is, too.