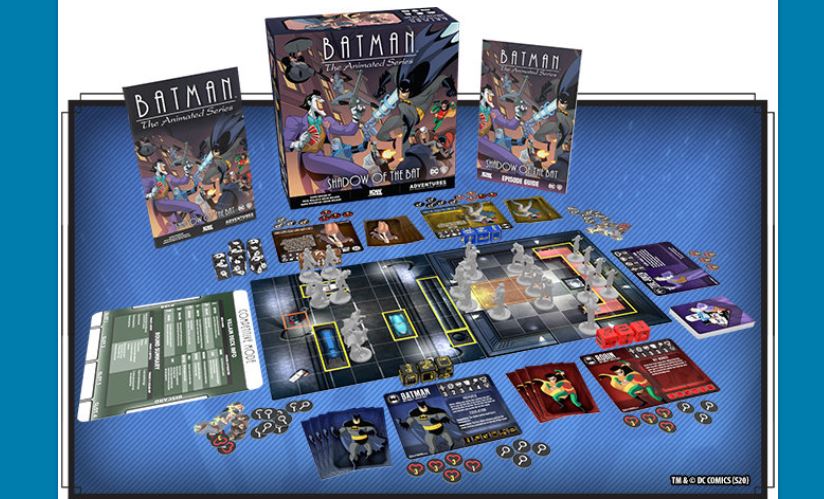 There is a new board game on Kickstarter from IDW Games and we want it now. It’s a Batman: The Animated Series themed game that will explore all of the major villains of the show. You can play with up to three friends as Commissioner Gordon, Batman, Robin, Batgirl or Catwoman. The game fits into the other IDW games and is compatible with other sets in the adventure universal game system. This game will be releasing soon as even though they have just launched the kickstarter, they’ve already more than met their goal.

It in all honesty looks like a very elaborate XCom game. Sorry I don’t know much about board games so the best I can relate to is a video game. The players each get die and roll to see how and what they can do with their characters. Also where they can move. The villains have a lot of stuff that they can do like Scarecrow controlling other people or taking bystanders hostage.

Shadow of the Bat contains eight different campaigns, each based on a different fan favorite episode from the series.