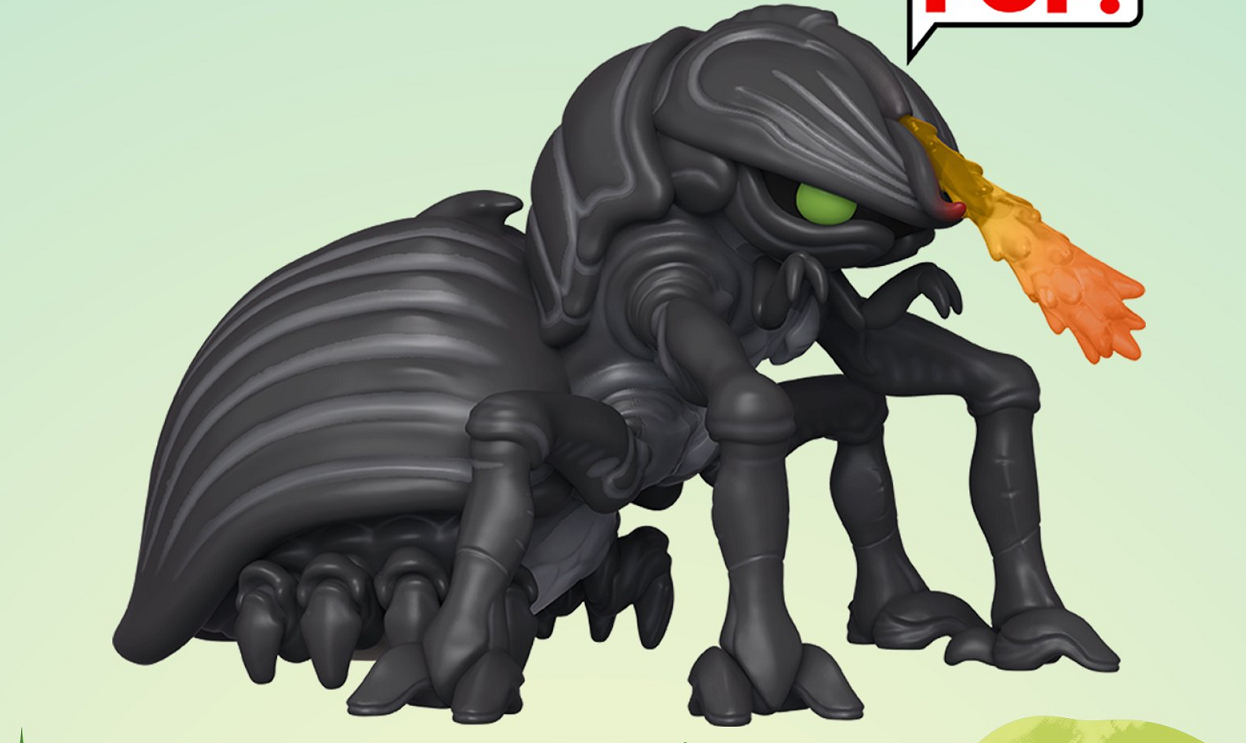 Last year it was announced that Johnny Rico of Starship Troopers (Roughnecks) was going to be released as a Funko Pop. And well, he was! Starship Troopers is my younger brother’s favorite movie of all time. I think he even has the animated series on DVD if I am not mistaken. Though I think I should get him the books, but I digress.

At Emerald City Comic con it was announced that one more character would be released from this popular franchise. That of course being the arachnid itself! But this not going to be any normal sized Funko, oh no. You know the saying, “Go big, or go home”

This particular Funko is going to be a 6″ over sized Funko! So that means if you have Johnny stashed somewhere in your home, he is gonna look mighty small against this bug. The downside to this bug is that this is an ECCC exclusive, so you gotta act fast if you want to add this one to your collection.

First Look at Robert Pattinson in the Batsuit

Wedding Crocs Are Now A Thing