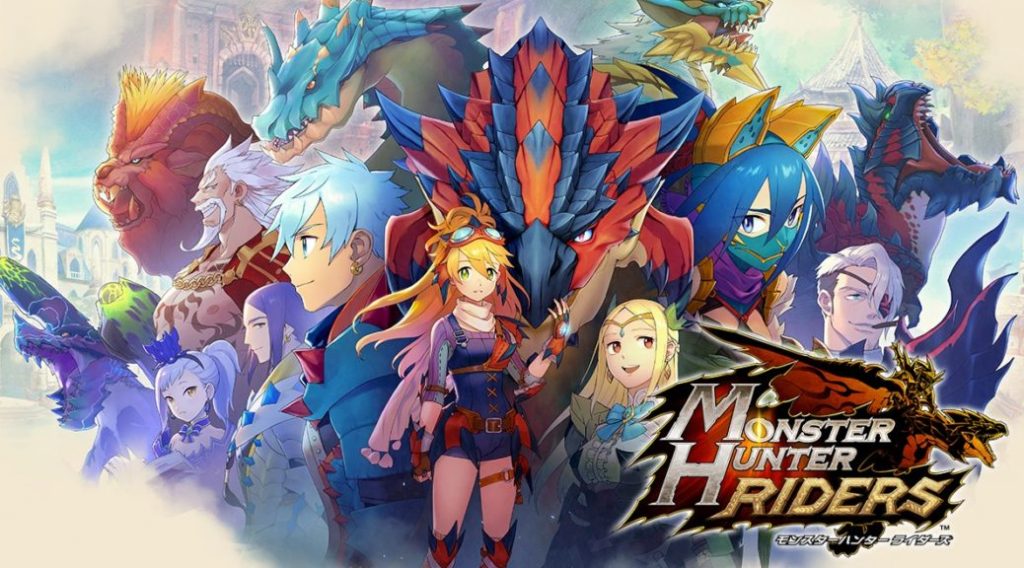 Riders, prepare yourselves for a new era! Monster Hunter Riders will be arriving on iOS and Android devices this February!

Monster Hunter Riders will be a free-to-play role-playing game which will include item-based in-app purchases. You can pre-register for the game on both the App Store and Google Play right now. The game’s official page offers this overview:

“A great calamity once attacked this land-.

A new connection was formed between humans and monsters, and several hundred years passed…

But this continent of Felgia, where humans and monsters live in union, is about to once again become engulfed by dark malice.”

Similar to Monster Hunter Stories, Riders will see players collecting and raising monsters to fight alongside them. There will be near infinite party customization options as you select various riders and monsters for your team. Returning monsters from the series include Rathalos, Zinogre, Brachydios, Glavenus, Lagiacrus, Nargacuga, Rathian, Yian Garuga, Lagombi and more! Additionally, Capcom promises more monsters will be added through future updates to the game. Players will take on the role of the leader of the Riders Guild agency known as the “Dispatch Observation Party.” Alongside your team, you will work to uncover the mystery of the dark riders.

An official gameplay trailer was launched on January 27 and can be seen below. It’s time to select a monster buddy and get ready to challenge the darkness! The title is set to release on February 29 in Japan. No word has yet been made on an English release of the title. Likely, similar to Monster Hunter Stories it will be localized soon after its initial release. Stay tuned for more updates!