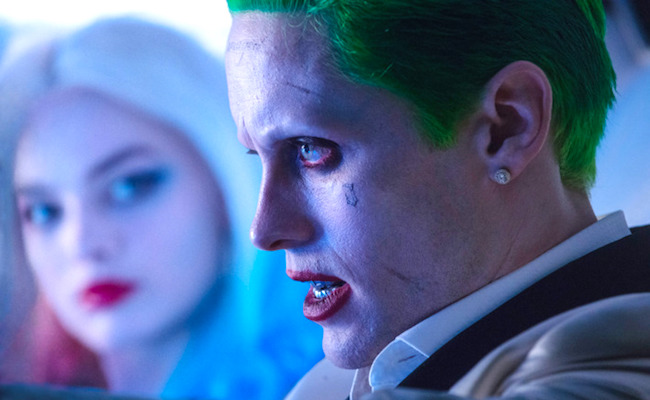 Will Harley Quinn Kill The “Joker” In Birds Of Prey?

Hear me out on this one…

But before I dive into my theory I must tell you that I put the word “Joker” between quotation marks in the title of this piece and in this sentence because there are two things we must acknowledge. First… no matter how hard we try to forget, no matter how much we drink, and even though he’s not signed on to appear in any future DC movies or shown any interest in reprising the role, the Jared Leto Joker cloud looms over whatever version of the DECU we’re currently watching. Remember he’s still alive. Second… Joaquin Phoenix is the true torch carrier for the character. Hashtag Undisputed.

Now I know Warner Brothers has been crafting this narrative of the DC movies being less connected to a greater storyline than their Marvel counterparts. But I don’t believe audiences will be able to completely disassociate the DC projects of tomorrow with the not so well received DCEU that made the push for significance in 2016. Especially when we’re set to see a few of the same faces from these flicks.

Which is why I think Birds Of Prey and The Suicide Squad are vital to the future of this arm of the rebirthed DCEU. Cathy Yan and James Gunn have a tough road ahead of them because the 2016 Suicide Squad is an interesting anomaly because this movie was appropriately chastised by the critics, the audience too, yet it brought home serious cash. Not just from the opening weekend, the weeks that followed were very fortuitous. So I guess taking the better parts of the project and giving them another go would be the best possible solution for this dilemma. Like a back door reboot of a franchise.

But do not rule out this audience association phenomena. What if people can’t shake the scarring from the past? Could you blame them? Even the Birds Of Prey logo font is very similar to Suicide Squad’s (see above). We’ve also seen a nod to the Jared Leto Joker’s presence in the Birds Of Prey trailer which could be a tremendous opportunity to quash the beef and move forward in a direction I think tons of folks would be totally okay with.

So here’s my theory; Harley Quinn kills the Jared Leto Joker in Birds Of Prey. I’ll kick it up a notch by saying this twist will happen in the first thirty minutes of the movie.

There’s not much, but it’s clear and simple. Naturally we can assume BoP’s opening act will be a sort of “bring us up to speed” type thing where we get an update as to everything that’s transpired since we left our protagonist. Remember the Joker broke her out of jail at the end of Suicide Squad. In the trailer we learn the Joker and Harley ended their relationship. The combination of voice over saying “I’m the one they should be afraid of” and frustrated imagery hints at a very destructive conclusion.

Then we see a few seconds of a freshly scorned Harley blowing up Ace Chemicals and badassly walking away from the scene without looking back.

That’s what we know.

While Jared Leto won’t be in Birds Of Prey, the magic of Hollywood and a few over the shoulder shots the Joker can definitely have a presence and ultimately wiped off the face of the DC world. Cathy Yan can simply imply he is inside Ace Chemicals when Harley detonates the bomb or whatever… thus bringing a final resolution to an obviously horrible take on an iconic character.

This is just a phantasy slash theory of mine and hopefully it will be proven on Friday when BoP hits the theaters. It would be a great idea for Warner Brothers to give the people something they really want.

Say it in you Captain Phillips pirate voice; “Joaquin’s the Joker now.”

What do you think? Let Nerdbot know in the comments!!