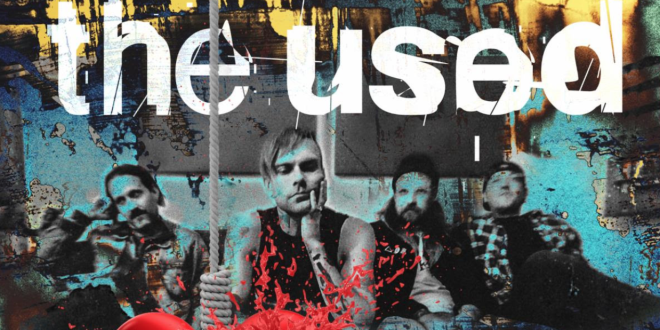 The Used Tease Touring With My Chemical Romance

If the My Chemical Romance reunion and headlining slot at Riot Fest announcement last week wasn’t enough to ignite that repressed teenager fire inside of you get ready… because there’s a rumor going around that The Used might join them on tour this summer.

The folks over at Rock Sound that during a recent concert in Colorado, The Used frontman Bert McCracken hinted a potential pairing with MCR on the upcoming slate of dates. “I feel like I’m in My Chemical Romance! And you might catch us on tour with My Chemical Romance in the fall,” he said to a very warm reception from the audience. Footage of the remark surfaced online courtesy of @uglytosha which you can check out below.

For now, there are no confirmations of The Used joining MCR on the road but it’s fairly common for bands to announce their supporting acts at a later time. Take for example The Rolling Stones’ string of shows in 2015. An initial announcement of dates was made, tickets went on sale, then a couple months down the road, they released the names of each show’s opener which ranged from Brad Paisely to Walk The Moon. When it comes to a tour of this magnitude, finding someone to play with My Chemical Romance is not too difficult of a goal to achieve.

To take things one step further, what’s really interesting to note here where McCracken says the word “fall” because the tour technically starts in March, a spring month. To me this means there is potential for either rotating opening acts, multiple opening acts, or both. Since MCR is playing three nights at The Forum in Los Angeles, a massive venue, I’m expecting a loaded bill.

If you can get tickets to one of the reunion shows, good for you. But if not, I’d recommend heading to Chicago for Riot Fest. It’s like if Warped Tour moved out of its parents house.

Who would you like to see open for My Chemical Romance? Let Nerdbot know in the comments!!