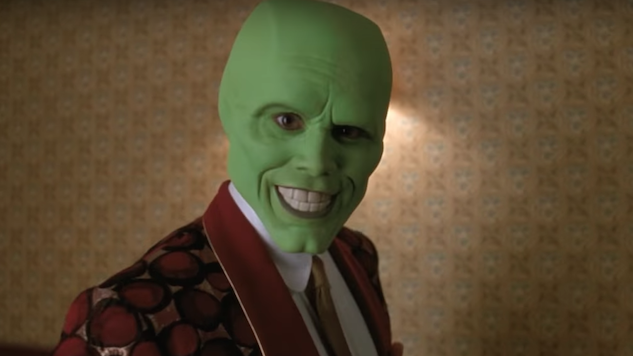 Jim Carrey Would Do A “The Mask” Sequel Under One Condition

The Mask was one of the biggest Jim Carrey movies of my generation. Well, Jim Carrey was probably the bigger part with all his films like Ace Ventura, Dumb & Dumber, Me Myself & Irene, Liar Liar, The Truman Show, Bruce Almighty, Eternal Sunshine of the Spotless Mind, and I should stop there because he’s just been in so many. If it weren’t for him my comedic timing would be all over the place.

Anyway he was recently talking with Chris Killian from Comicbook.com when the subject of doing a “Mask” sequel came up. This is what he had to say,

“I don’t think in terms of sequels and stuff like that, I mean, this one [Sonic The Hedgehog] is kind of right for it because we have not evolved the character [Dr. Eggman] fully yet,” Carrey admitted. “The Mask I think, myself, you know, it would depend on a filmmaker. It depends on a filmmaker really. I don’t want to do it just to do it. But I would only do it if it was some crazy visionary filmmaker. Sure.”

So if we can get some really cool filmmaker our chances of seeing him reprise the character would be high. It would be especially cool if Cameron Diaz came back as well.

Carrey is currently on a press tour for Sonic The Hedgehog where he plays Dr. Eggman. And from what it looks like in the previews for the film he’s back to 100% comedy. Not that he ever stopped being funny, just that he has put it to the side for more serious roles in the past.

You can see him as Robotnik in Sonic The Hedgehog which comes out in theaters February 14th.