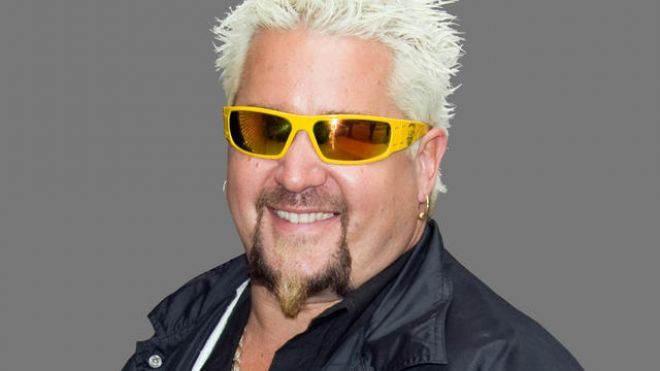 Admit it… you love Guy Fieri too.

I bet you couldn’t count the amount of times you we’re going to watch Diners, Drive-In’s, And Dives for only like fifteen minutes then found yourself sitting on the couch three hours later, hungry and miles away from wherever Guy just went. Never ever watch that show hungry, big mistake.

Between his deal with The Food Network, his restaurants, his head of spikey hair, it may seems like Guy Fieri has got it going on. And now he’s being immortalized in the form of a Funk Pop figure. Naturally, it comes with a burger.

Personally I do not know how it took the Funko people this long to roll out the Fieri line. They’ve turned everyone from Tom Brady to the cast of Silicon Valley into one of these things. Better late than never I guess. Who knows, maybe it will inspire a new slew of celebrity chef Funkos?

You can head over to Amazon and preorder the figure by clicking here. It costs $10.99 and will be available on May 6th. The only thing missing is the red Triple D-Mobile.

I guarantee you’ll never see the lead singer of Smash Mouth Funko, the Guy Fieri Funko, and the Violent J Funko in the same room together.

Who should be the next celebrity chef Funko? Let Nerdbot know in the comments!!