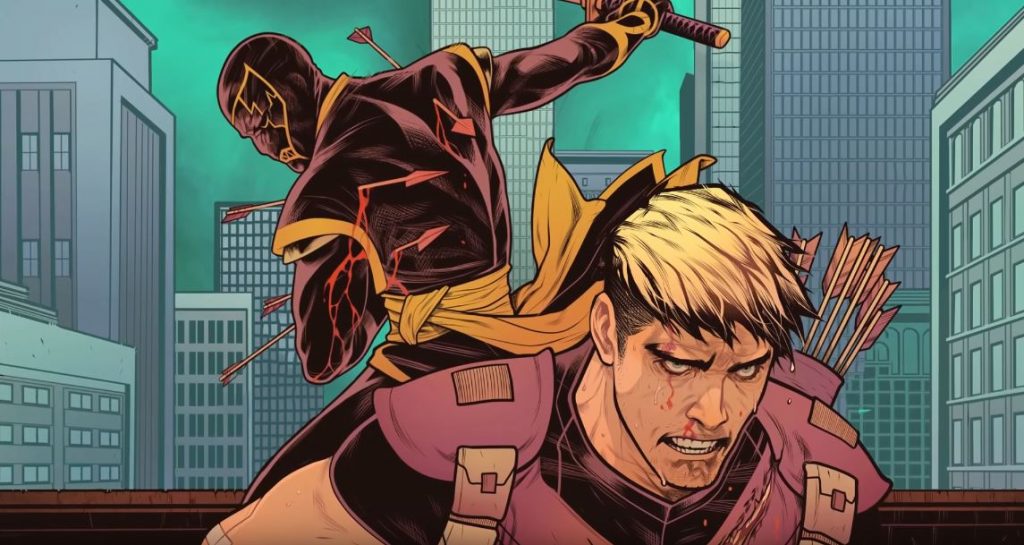 New Hawkeye Comic and Trailer Out

If you have been waiting for a new Hawkeye series from Marvel comics your wait is over! Yesterday they released a new trailer of what we can expect from their newest Hawkeye storyline, “Hawkeye: Freefall”. And the first issue is available to read today!

“The Hood has returned to the streets of New York, aiming to restart his criminal enterprise. At the same time, a new fighter enters the fray using Clint Barton’s one-time identity of Ronin – leading his allies to believe it’s actually him moonlighting as the brutal vigilante. Are Hawkeye and Ronin truly at cross-purposes, or do they share a common enemy in upstart super villain Parker Robbins?”

We will see many of the characters that we are familiar with, Bucky, The Falcon, Black Widow, Spider-Man and more. The book will be drawn by Otto Schmidt who has a very expressive tone with his drawings. He’s able to capture even the most subtle emotions and in the trailer they say that his artwork is a big selling point in this comic. Writing the story is Matthew Rosenberg who has also worked on Annihilation, Jedi Fallen Order, Nova and more.