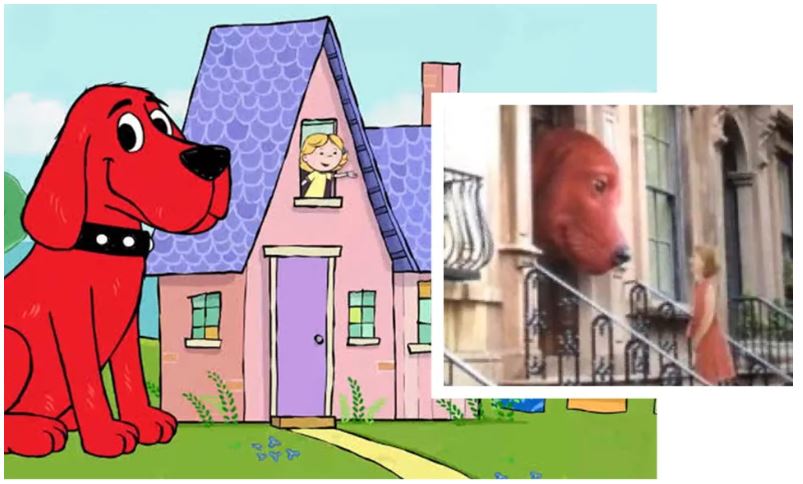 Something that totally flew under my radar was this movie about Clifford the Big Red Dog. With all the other news about Avengers it’s no wonder it got lost in the shuffle. But that doesn’t mean that they weren’t working on it! Announced in 2017 by Variety the movie will be a CG/ live action hybrid adaptation of the beloved children’s books.

It’s too early to tell if the movie will be good or not but the trailer should reveal what we can expect when it’s released. We got our first look of Clifford from Cris Parker’s twitter. Mashable India also featured the tweet and thanks to Just Jared we have images of how they filmed with the motion capture suit.

Playing Emily who is the little girl who is having trouble fitting in is Darby Camp. Izaac Wang is also cast as another child in the film and Jack Whitehall plays Uncle Casey.

“A young girl’s love for a tiny puppy named Clifford, makes the dog grow to an enormous size.”