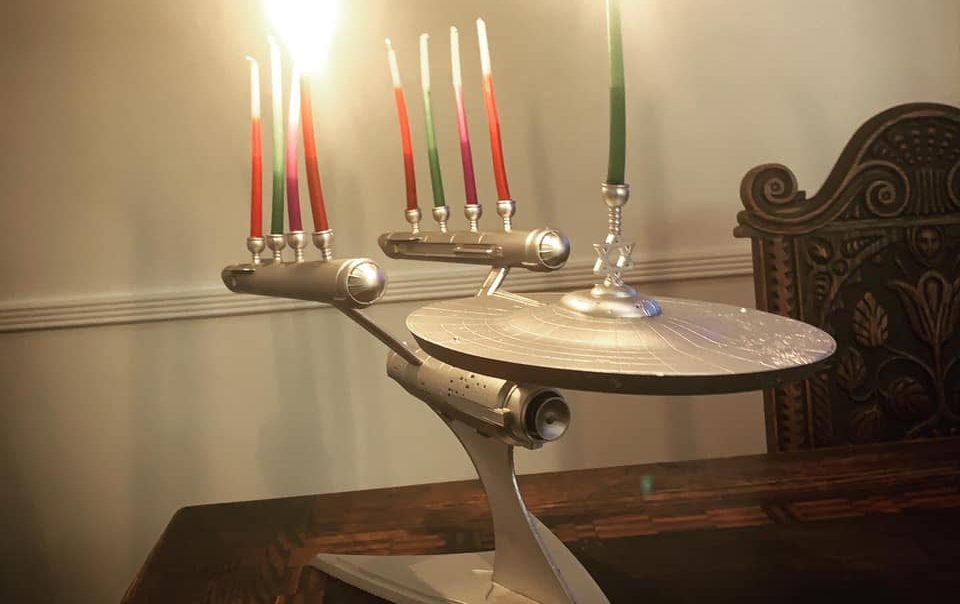 Hanukkah the festival of lights where some of my friends are getting presents every single night. And I even helped one of my friends years ago ring in one of the nights because he didn’t have anybody to celebrate it with. I will never forget him lighting his menorah and saying the prayer. We ate a lovely meal and a matzo ball soup that was just so good. I’m still trying to get that recipe from him today but apparently it’s a family recipe so I’m out of luck on that one.

When I think of menorahs I normally think of his. It’s a beautiful silver one that has his family’s name engraved on it. Although some other people have told me that they have ones that were specially made for them. Which I think is pretty nifty if you ask me.

One internet user by the name of Chuck T. posted this Star Trek menorah in the Star Trek group on Facebook.

My friend Louis finally unveiled his secret project tonight, under construction for months at a secret base behind Jupiter. It’s the maiden voyage of the USS Menorahprise! “Her 8-night mission: to boldly schlep where no Jew has schlepped before!” Happy Hanukkah!