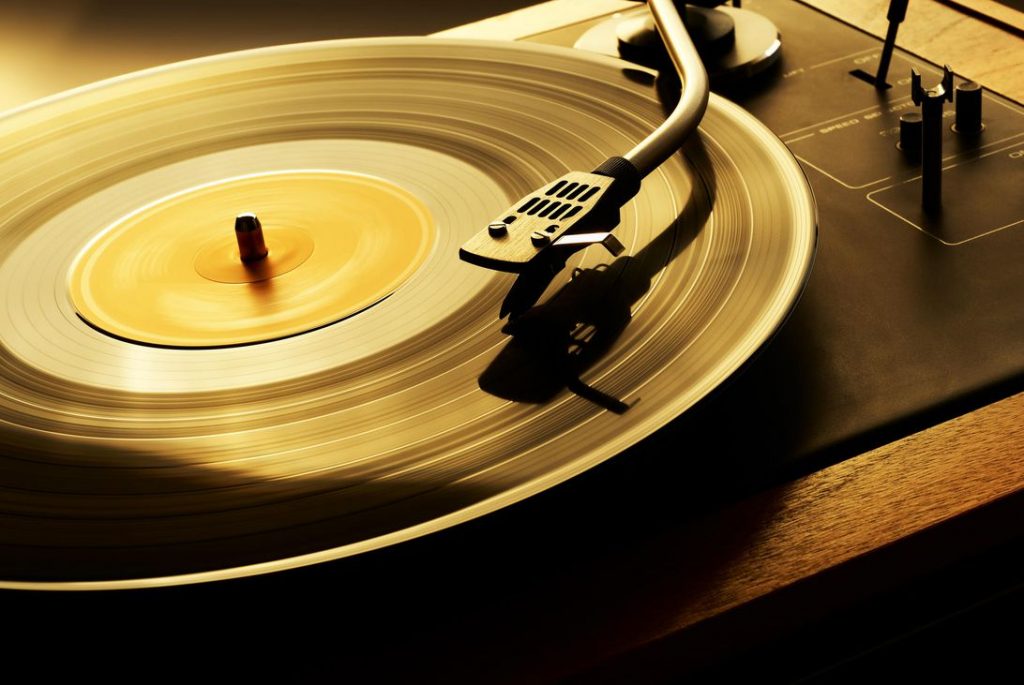 You will not see Jesus Is King mentioned in this piece.

When you’re reading all these “Best Albums Of The Year” articles that are currently flooding the social media feeds of millions, just remember that there is absolutely zero discernible difference between the 47th and 28th album on any of these lists.

Believe me, most of these things boil down to a crowded catalogue of one or two sentence thoughts meant to lure you in with quantity over quality. So since I’ve been writing for Nerdbot, I’ve decided to approach the topic of the “Best Albums Of The Year” by presenting to you eight records released in 2019 that I feel rose above the rest.

There’s no scientific algorithm, no vast team of writers and editors, no voters, just my own opinions…

So let’s do this!

While I’m not a fan of this group’s choice in name (there’s no way to un-creep mannequins) Mannequin Pussy gave us the best splash of diet riot girl punk rock 2019 had to offer. In a year where a Bikini Kill reunion dominated any headlines the punk sub-genre could garner, the Nashville four piece delivered a less than twenty-six minute opus of distorted bliss. Think Bully, The Beths, with a sprinkling of Camp Cope. Quick, punchy tunes anchored by the compelling vocals of lead singer Marisa Dabice. Sometimes the short record can leave fans feeling a tad short changed but in the case of Patience, it only leaves you wanting more.

So I totally fell off the Odd Future bandwagon right around when they dropped the OFWGKTA moniker and somewhere in the last eight years Tyler The Creator went from a promising MC to a legitimate force in Hip-Hop. His days of rapping about banging everything from actual dead bodies to the living dead, seem like a distant memory as my favorite member of the Wolf Gang has finally grown up. What we got with 2011’s Goblin is more of an ICP record when compared to IGOR which showcases a level of talent I personally didn’t know Tyler even had. Aside from the lyrics, the beats are tighter, the song composition is infinitely better (no more eleven minute long rap tracks), and it’s a true representation of how an artist can evolve over time while never losing their sense of who they are.

I’m a big fan of this East Coast to Mid-West bar band punk revival that’s been happening over the last ten years. You have bands like The Men, The Hold Steady, Titus Andronicus all in their own way carrying The Replacements’ torch for a new generation. Amongst these groups is The Menzingers, from Scranton Pennsylvania. The Rust Belt’s first notch.

The Menzingers are more of a newer interest of mine. I can personally confess that it’s a crime for me to have just hear their cover of The Clash’s “Straight To Hell” thirteen months ago. But their latest release, Hello Exile seems to capture snapshots of life I wish I was able to articulate through song. Drinking with friends, love, loss, perpetual themes of existence we all experience in the form of polished punk rock worthy of a spot on this list.

For being a huge supporter of the band Radiohead I’ve always been a bit hesitant to fall head over heels for Thom Yorke’s solo stuff. I don’t know… I always felt it was his excuse to be a DJ every couple of years. However as of 2019 I’m throwing that mindset out the window because the Radiohead frontman released a brilliant piece of artistry. ANIMA is so good I have begun to question how the hell The King Of Limbs was recorded in the first place.

I kid you not, this gift from Yorke is something that easily rivals some of Radiohead’s achievements. “Dawn Chorus” is one of those songs I’d have playing as they lower my casket to into the ground it’s that powerful. ANIMA is definitely the Radioheadless record Yorke has been trying to make his whole life and if you’ve been turned off from Thom’s solo material before, ANIMA is a completely different experience and one I highly recommend.

4) Billie Eilish – When We All Fall Asleep, Where Do We Go?

You can’t deny it… 2019 was the year of the Eilish. Personally I never thought I’d live to see the day when a pop star tops my most coveted annual listicle but even I have succumbed to the greatness that is Billie. When We All Fall Asleep, Where Do We Go?, is a surprise piece of pop genius from the most unlikeliest of talents.

Billie is not your typical manufactured product of the industry, she’s legit. An actual pop-songwriter who can play an instrument. You feel her one of a kind persona in both the music and her vocals, plus some great sampling of The Office. Like it shouldn’t be this good or this popular, but it is. For being the exact opposite of what I usually listen too I jumped on this hype train like I was escaping the long arm of the law. If you think her singles are hot jams, what you haven’t heard on the radio is even better.

In terms of The National… I Am Easy To Find is their most ambitious yet divisive album they’ve released. I stand on the side of it being one of the best things the band has ever done. I don’t think people realize exactly how much balls this record has. For something that is mostly melodic, the addition of a cast of female vocalists including Sharon Van Etten and Kate Stables was an unexpected twist to the band’s usual deep voiced, delightfully depressing compositions. Believe me, I’m a fan of their post High Violet albums, however after Sleep Well Beast came out I began to wonder what the group would do to recapture some of the genius they had displayed in the later part of the Aughts, and then I Am Easy To Find took me by surprise in all the right ways. When speaking in terms of risks, it’s by far a big one and when everything is all said and done I feel like this record will be remembered as The National’s Exile On Main Street.

Sound And Fury is an album that should have been released five years from now. But instead of delaying the inevitable, Sturgill Simpson used 2019 to release in my opinion his best record ever. As if 2016’s A Sailor’s Guide To Earth was Simpson’s chance to show the world he’s more than just another country artist, Sound And Fury solidifies him as one of the best songwriters on the market today.

I do feel that assigning the general “country music” label to Sturgill is a little unfair because Sound And Fury is barely a country record. Watch its companion film on Netflix and you’ll see the farthest thing from the archetypes big country one could imagine. “Make Art Not Friends“ would be played on any alternative radio station while “The Best Clockmaker On Mars” features some of the most epic guitar craftsmanship of the year. How is “Clockmaker On Mars” not a Dr. Manhattan reference?

Sound And Fury could easily have the top spot on this list but since the album got released at the end of September, I haven’t had as much time with it when compared my choice for the top release of 2019. However, the Top Spot had major longevity and has been in my regular rotation since April.

Which brings us to…

Have you heard of the LA based band Wand? We’ll get ready because this group realeased one hell of a record in 2019…

Laughing Matter is fifteen songs that cover a wide range of territory without ever costing the band their identity. I’ll also note 2019 brought back the loaded album. Bands known for normally have ten or so songs on a record put out tracks totaling in the teens. I love it. And as you travel through Wand’s latest you’re treated to doses of psychedelic beauty, straight forward rock, little acoustic nuggets that compliment the work as a whole.

It starts great, finishes even better, all while in between treating you content comparable to the likes of Grizzly Bear, Stephen Malkmus, Sonic Youth, and My Morning Jacket. It’s a little Death Cabby on the vocals but a tad more dynamic than Ben Gibbard’s signature rasp. If you’re a fan of the concept of the album as a whole… Laughing Matter is a triumphant feat.

NOT Jesus Is King.

Who are some of your favorite albums of 2019? Let Nerdbot know in the comments!!