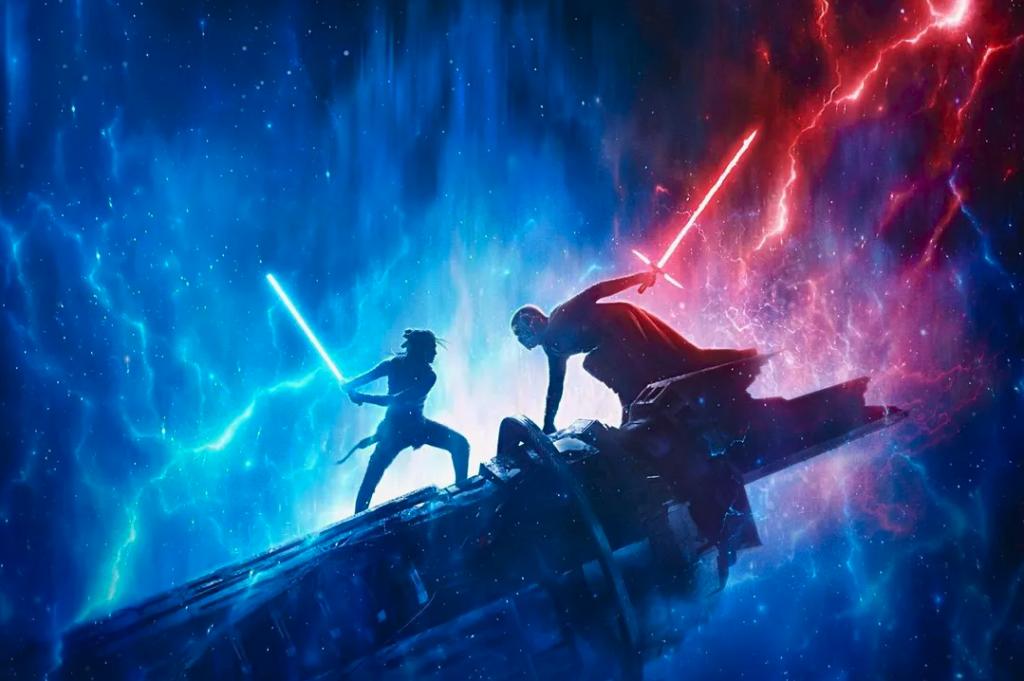 “Star Wars: The Rise of Skywalker” Delivers a Better Ending Than We Deserve [Non-Spoiler Review]

If you want to know utterly nothing else about “Star Wars: The Rise of Skywalker,” other than the most basic answer to your question: Yes, it’s good. It delivers an ending that’s satisfying though imperfect, and it does so with a style and grace that is admirable given all the forces (pun non-intentional) at work around it. Also, since there’s usually the score at the end of the review, I’ll get that out of the way now as well:

Now after the following image of BB-8 and D-0, we’ll get into a bit about the storyline, however I’ll not go into it any further than is seen in the trailers. So with that caveat, let’s get on to the rest of the review.

Roughly one year has passed since the events of The Last Jedi, and while Rey has been continuing her Jedi training under the tutelage of General Leia, the rest of the Rebels have been out trying to foil the plans of the First Order and their new Supreme Leader Kylo Ren. There have been transmissions across the galaxy that Emperor Palpatine might not be as dead as everyone might have thought.

Carrie Fisher’s General Leia does have an impressive number of scenes that work well, given that they were from footage left over from Force Awakens and Last Jedi. They get away with most of it by having over the shoulder shots from behind Leia when the other characters are talking, then jump to a frontal shot of her when it’s time for her to respond. It works well, though every scene with her is a tug on the emotions.

There are a lot of emotions in play in Episode IX, the culmination of a saga 42 years in the making, including multiple television series, now eleven feature films, and one Christmas Special. It doesn’t entirely get away from some similar story beats as there were in Jedi, but not anywhere near as templated as it was in Force Awakens, and in most of the cases, things pivot into directions that they didn’t before.

The battles are spectacular (and if you think there’s a lot of rebel ships that appear in the trailer, that’s not a quarter of them when you see it in all its glory). If I have any real kvetch about the way that it wraps things up is that various characters were never really given that much to do – Rose Tico (played by Kelly Marie Tran) is around and throws in some random commentary, but that’s about the extent of it. The music cues borrow heavily from the original trilogy, and there’s never really much new added to the already-classic score to bring it to a new depth that is remembered past the scenes they’re used in. But at the same time, they do bring back Billy Dee Williams as Lando, and as we all had hoped, he’s played with aplomb.

When I mentioned it’s a “better ending than we deserve,” it’s in reference to the long-running endless troll wars that have erupted online. Vitriol and hate flung at actors for delivering the lines as read, accusations at Lucasfilm President Kathleen Kennedy of “ruining the franchise.” People from various generations have their own read as to what Star Wars was to them, and it varies wildly with what people brought to it and took away from it. Legions screaming for more like the prequels, more like the originals, make it different, keep it the same. With all of the crosswinds and second guessing that have been coming at them, Rise of Skywalker could have as easily been an unbridled mess of trying to appease too many people. In the end, they chose their path and followed it. They do even wind up having a reasonable reason for the “space horses” that are seen in the trailer. So there is a method to their madness, and it pays off.

By the end there are decisions that were made that might have been differently, in other cases scenes that could have been cut without loss of story. With it’s two hour and twenty-plus minute running time, it never feels like it’s overstaying it’s welcome. And we know as we’re watching it that while this won’t be the end of Star Wars, this will be the end of this particular storyline.

From intense scenes with the Falcon jumping through hyperspace to lightsaber duels to throwback references to earlier films throughout. It will likely wind up pleasing most of those who go to see it. The main ones that won’t be thrilled are those who have a very specific idea of what they wanted to see as their head-cannon storyline play out. By the end, they do bring it full circle. Perhaps not to Episode I, but where this voyage began, in Episode IV, bringing us again, A New Hope.