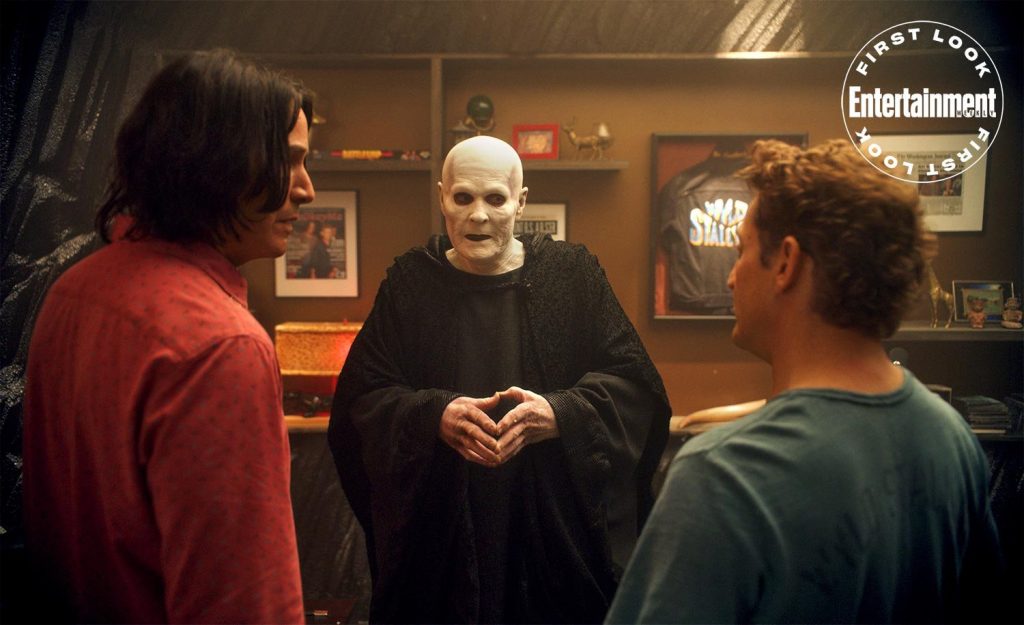 Keanu has been in the spotlight with, well… just with being himself. Let’s face it, you’re reading about him with his new girlfriend and longtime friend Alexandra Grant or about how Matrix 4 and John Wick 4 will be coming out in theaters on the same day. He’s everywhere and now he’s shown off first look images to EW.

Stars Alex Winter and Keanu Reeves will be returning for one last adventure as Bill & Ted on August 21st, 2020. Fans of the original series will get to see them “Face the music”.

While talking to EW writer Chris Matheson said, “They were told when they were teenagers that they were going to save reality, and they’ve been working on it the whole time. Now an emissary from the future comes and says, ‘You’ve got to do it right now. We’ve got literally 80 minutes or all of reality will come to an end.”

Here’s the official synopsis for Bill & Ted Face The Music: “Following 1989’s Bill & Ted’s Excellent Adventure and 1991’s Bill & Ted’s Bogus Journey, the stakes are higher than ever for William Bill S. Preston Esq. (Winter) and Theodore Ted Logan (Reeves). Yet to fulfill their rock and roll destiny, the now middle-aged best friends set out on a new adventure, when a visitor from the future warns them that only their song can save life as we know it and bring harmony to the universe. Along the way, they will be helped by their families, old friends and a few music legends.”

All images are from EW and you can read the original article by following the link here.