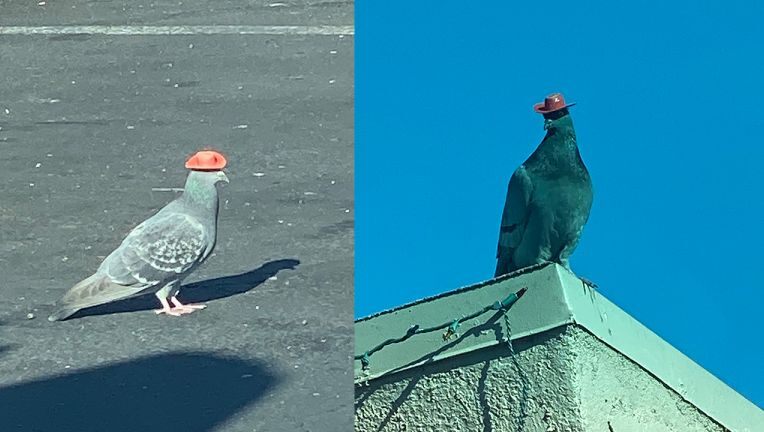 Pigeons Are Being Spotted With Cowboy Hats in Las Vegas

You are out an about like a regular day. Running errands and just trying to get things done. But then all of a sudden you see something red, but not worrysome red, but more of a “What the heck is that” kind of red. Well for one person he was curious and took a closer look into the matter.

Turns out it was a pigeon wearing a small cowboy hat.

I mean how the heck did they get on there? It has raised some questions in Las Vegas how these birds happened to obtain such things. Are they glued on? Did someone come out and personally fit them on? However they got on there is quite the mystery. And the hats don’t seem to be causing any problems for flight. The only downside is that the pigeons are unable to see any predators.

The police in Las Vegas don’t seem particularly concerned with the situation and see no reason to open up a case. A specialist has said that if they were glued on they would eventually fall off because of molting.