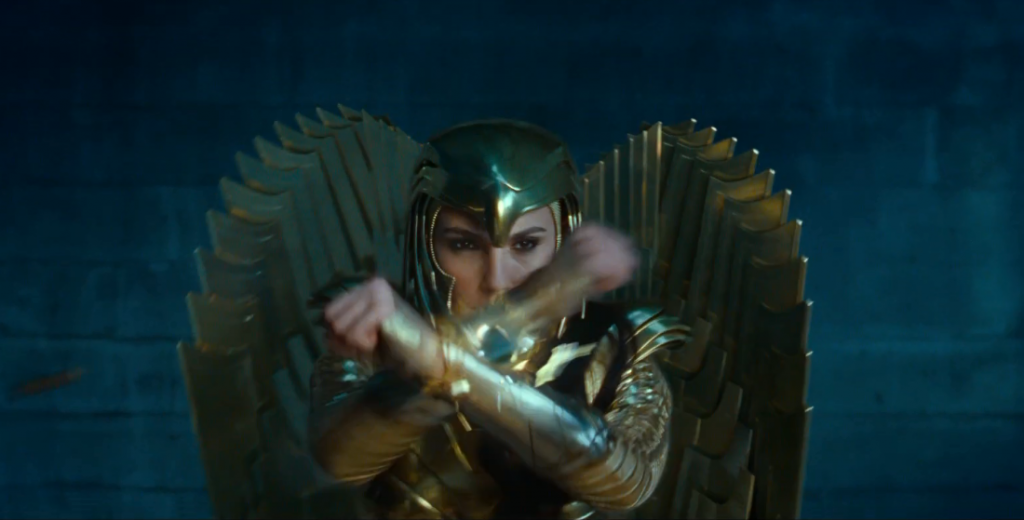 Get Your Shoulder Pads And Your Lasso Of Truth

The Trailer for Wonder Woman 1984 premiered at the CCXP Brazil WW panel, leaving fans with the christmas gift they’ve been waiting for

During the Panel, the moderator had Patty Jenkins on stage, alongside Gal Gadot and few video messages from the other members of the cast. They answered fan questions, ranging from the meaning of the character to them to the special effects involved. They also released some character posters for the film.

The trailer served as more of a hint of what’s to come, rather than reveal any major plot details. It showcased a resurrected Steve Trevor and Diana Prince fight scenes / interactions, as well as an established friendship between Diana and Dr. Minerva. While Maxwell Lord is seen, little of his plans are revealed, and neither do we see Dr. Minerva as Cheetah.

While a majority of the films details remain under wraps, the description of the youtube video leaves some information.

Fast forward to the 1980s as Wonder Woman’s next big screen adventure finds her facing two all-new foes: Max Lord and The Cheetah.