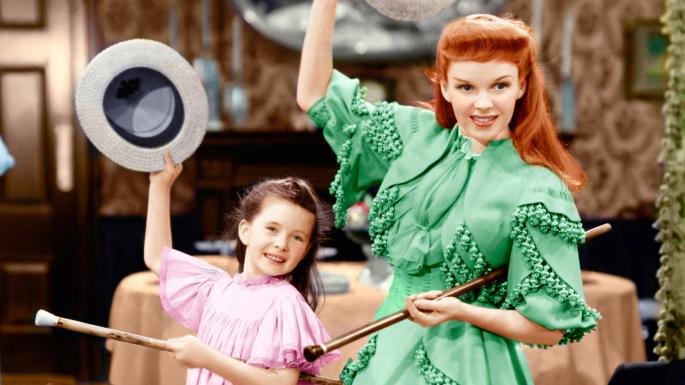 ‘Meet Me in St Louis’ Returns to Theaters for 75th Anniversary

In honor of its 75th anniversary, Turner Classic Movies is presenting the musical Meet Me in St Louis starring Judy Garland in Theaters on December 8 and 11. And how appropriate that the film returns during the holiday season, as it featured the debut of the song “Have Yourself a Merry Little Christmas”. Other popular songs from the movie are “The Trolley Song”, “The Boy Next Door”, and of course “Meet Me in St Louis, Louis”. The special showings of Meet Me in St Louis will also feature insights from Turner Classic Movies. Information can be found at Fathom Events.

The movie takes place in St Louis, Missouri, and follows the Smith family over the course of 1903 leading up to the 1904 World’s Fair. In addition to Judy Garland as Esther Smith, the second oldest daughter, the film also featured Leon Ames as Alonzo Smith (her father) and Mary Astor as wife and mother Anna Smith. The other Smith children were played by Lucille Bremer (Rose), Joan Carroll (Agnes), Margaret O’Brien (Tootie), and Henry H. Daniels Jr (Lon Jr.). Tom Drake plays boy next door and Esther’s love interest John Truitt. Also appearing are Marjorie Main (best known as Ma Kettle in the Ma and Pa Kettle films), Harry Davenport (who started his film career at the age of 47 in silent films and went on to star in over 160 movies), and June Lockhart (well known for her TV roles in Lassie and Lost in Space).

Meet Me in St Louis was directed by Vincente Minelli, who met Judy Garland during filming with the two later marrying in 1945 and having daughter Liza Minelli. Vincente Minelli also directed the Academy Award-winning Best Picture musicals An American in Paris (1951) and Gigi (1958). Minelli won a Best Director Oscar for Gigi.