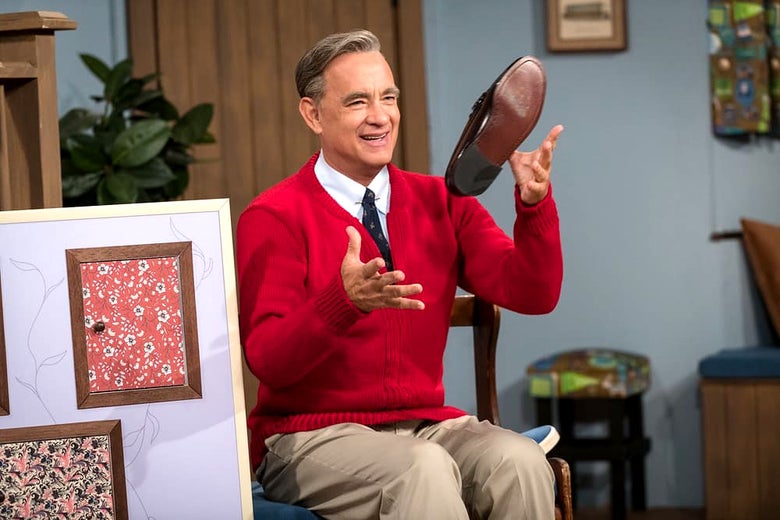 I wrote about Tom Hanks earlier this year as he was going to portray the beloved Mister Rogers. People are excited for him to take on the role since he seems like the perfect person to do it. He has every mannerism down which you can see in the trailer below. But his connection to the character is actually much deeper than just being a fan. He has found out that he is actually related to the former television idol.

America’s Uncle is going to portray someone I have loved for a long time, that I can still see my little self sitting in front of the television and watching Mister Rogers. And I loved every minute of it.

“It all just comes together, you see,” Hanks told Access Hollywood. Ancestry.com has revealed that Tom Hanks is actually the 6th cousin to Fred Rogers. Which will mean even more to us as we all go to watch it in theaters. It will be like watching a little piece of Mr. Rogers come back to life.

A Beautiful Day in the Neighborhood premiered in theaters November 22nd