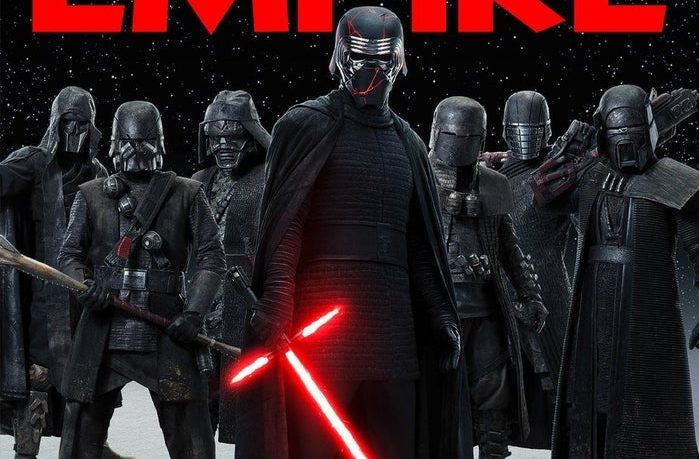 We finally get a good look at the Knights of Ren and it’s all thanks to Empire Magazine. For a while we have known they were coming in the last film of the Skywalker Saga. It had been wished for ever since The Force Awakens was out. Now we get to see them all including the new look for Kylo who looks ready for battle. Check out the full image down below.

All I can think is that these toys are going to be awesome. Especially with the unique textures on the suits. There has been a lot of speculation on where their allegiance lies and questions about why they were absent from the first two movies. They definitely weren’t aligned with Snoke or we would have seen them, right?

Anyway, tell us what you think we can expect from the Knights of Ren! Tell us in the comments!