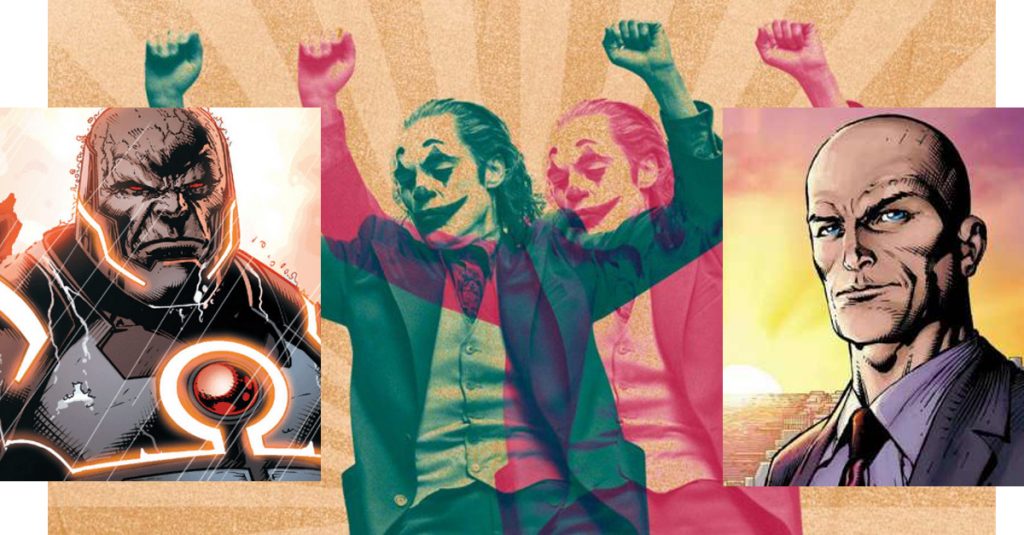 ‘Joker’ Sequel in the Works, Origin Stories for Darkseid/Lex Luthor in Talks

According to Hollywood Reporter Warner Bros has sequel options open for Joker as they grossed over $1 billion and are now a major contender at the Academy Awards. Todd Phillips is not only going to work on the sequel with Joaquin Phoenix but is also eyeing other origin stories to bring to the big screen.

The two that he is been said to be eyeing as Matt Reeves is already working on The Batman with Batman’s origin, are Darkseid and Lex Luthor. Darkseid is. Just kidding, Darksied is the biggest bad in the DC universe. Think Thanos level bad. And Lex Luthor we all know as Super Man’s big bad.

We will be keeping an eye on this as more develops. Stay Tuned!

Edit/Updates: A new report from Deadline says that while a sequel to the Joker movie is possible, Todd Phillips never pitched other origin stories.

“Multiple sources said no such October 7 meeting between Phillips and Emmerich occurred, and that Phillips hasn’t even considered overseeing other DC character films.”

This second article came out only a few hours after the article from The Hollywood reporter dropped. Unfortunately it would appear that Hollywood Reporter’s article was jumping the gun on quite a few things. While it is likely that we will be getting a sequel to the Joker, it is less likely that we will see Darkseid or Lex Luthor come to the big screen anytime soon.