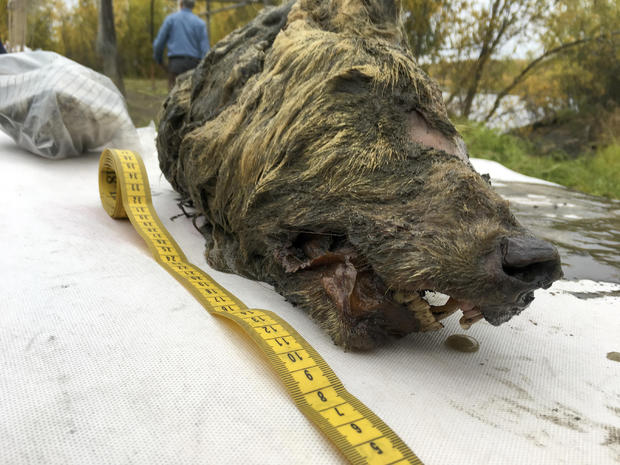 The head was preserved in the permafrost.

Exciting news for those of you interested in Ice Age biology. A new discovery will allow for research to be done on wolves of yore and their evolution into modern wolves.

The wolf head was discovered in north Russia along with its ears, fangs, brain and tongue perfectly intact in the permafrost. Scientists currently believe the beast from the Ice Age belonged to a now-extinct subspecies of wolf that lived during the same era as mammoths.

The furry head was found in the Russian Arctic region of Yakutia last summer, according to a Russian newspaper, The Siberian Times. The wolf’s head is almost 16 inches long, with the wolf estimated to be between the ages of 2 and 4 when it died.

This is a unique discovery of the first ever remains of a fully grown Pleistocene wolf with its tissue preserved.

Albert Protopopov, a top researcher at the Russian Academy

The discovery was announced at the opening of a woolly mammoth exhibit at the National Museum of Eme/rging Science and Innovation in Tokyo.

What do you make of this news? Isn’t it exciting? Let us know in the comments below!