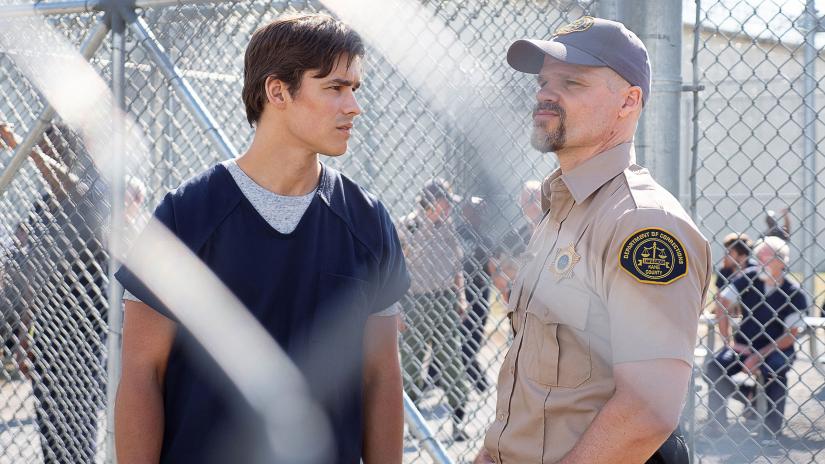 The Origin of Nightwing In This Weeks Titans

Dick gets inspired, Garfield and Connor get an offer and Rachel makes a new friend on this week’s episode of Titans. Will the team continue to drift apart ? Or can the get back together ? Lets discuss this weeks episode – Season 2, episode 10 ” Fallen “.

Dick ends up at the Kane County Correctional Facility, where he hears about the legendary bird Nightwing and assists in a breakout of some of the prisoners. Garfield and Conner run from the police, to only get attacked by cadmus at Titans Tower and get taken by them. Both a coerced to comply my Mercy Graves under the promises to help ” fix ” them.

Meanwhile Rachel finds herself at a homeless shelter, where she defends a new friend and her power( unbeknownst to herself) kills her new friends abusive boyfriend. Donna, who has been searching for Rachel this entire time, comes back to the tower and finds it in a wreck.

Dickhas a seven year sentence. A SEVEN YEAR sentence. It’s going to take some real comic book nonsense. But the most noticeable development are the spark of hope Dick developed for his fellow inmates and the idea of Nightwing.

The mantel of Nightwing really is a symbol of hope and is set up as the culmination of Dicks journey towards Self Forgiveness. So while it may be annoying that he’s probably not going to suit up until the final episode, its makes sense with what they’ve set up ( even if it’s taken FOREVER to get there).

Garfields and Conners Story line was the most engaging this week, and while the idea of “fixing” himself may seem appealing – the genuine prerogative of doing good has really made Beast boy into a great character.

While their escape from Cadmus is inevitable, the consequences of the visit could have lasting effects on both characters which will be interesting to see play out.

Rachel’s story was fine, although the attempt to pick up the ” Out of control power ” feels like its coming out of nowhere. Although that’s just a side effect from a show thats trying to do so much. The episode felt very transitional, where they’re moving pieces around and setting up the last trio of episodes.

The show is split between interesting characters and those that are just there. Hopefully the last few episode can just sideline most of the other plotlines and focus on the a single few. while this may stall some of the other characters stories, the episodes would be more balanced.