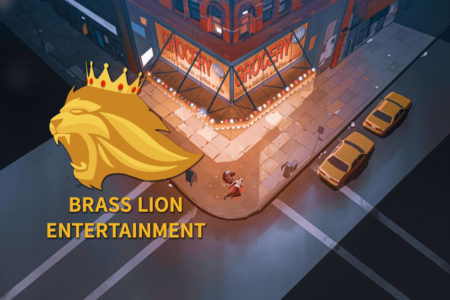 What happens when the creative minds behind games such as Mass Effect 3 and The Elder Scrolls V: Skyrim join forces? We will soon find out. In a recent Medium article, a new entertainment studio called Brass Lion Entertainment was formally announced.

The founding members of the studio are Manveer Heir, Bryna Dabby Smith, and Rashad Redic. Heir, who also wrote the Medium article, is a former employee of BioWare. He has previously worked on projects such as Mass Effect 3. Redic, a former Bethesda employee, has worked on games such as Fallout 3 and The Elder Scrolls V: Skyrim. Finally, Smith previously did work on Square Enix’s Sleeping Dogs.

Heir calls Brass Lion Entertainment a “diverse and inclusive entertainment studio” that will create franchises that “can take form in video games, film, TV, comics, novels, podcasts, and other forms of media.” The company’s official announcement was accompanied by the announcement of their first project, Corner Wolves. According to Heir:

“Corner Wolves is a fictional universe set in Harlem in the mid-90s, where Jacinte, a young Afro-Latina, embarks on a mission to find her father’s killer. Corner Wolves tells the stories of young people growing up in the hood, and how their lives are shaped and defined by the war on drugs, as they are caught between dope dealers, hustlers, and overzealous police.”

This video game is the first of many projects in which the company hopes to focus on non-white characters. Heir hopes that the studio’s work will celebrate characters and cultures that are frequently overlooked in the entertainment industry. A four page article in the December 2019 Game Informer discusses the studio at length.