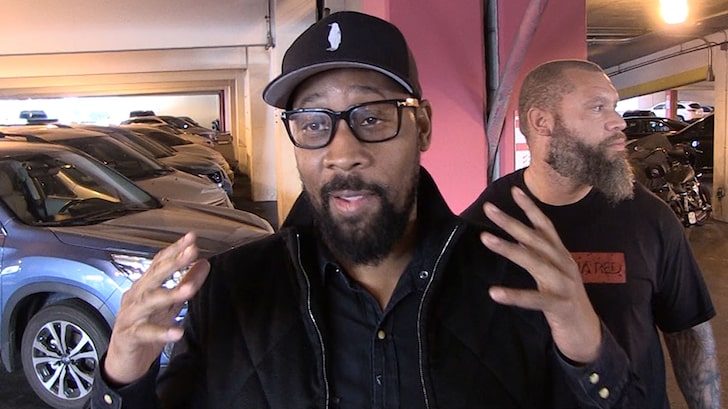 We’re you one of the many kids whose parents wouldn’t them go to the Rage Against The Machine and Wu-Tang Clan concert back in 1997?

For me personally, my parents had absolutely no problem with me attending the show which rolled through Blossom Music Center in late August of that summer. However, the concert fell on the night before my first day of eighth grade and my attendance at what was one of the last couple RATM appearances in Northeast Ohio before their beak up, was nonexistent. Stupid school.

For those in a similar situation as myself, the bitterness left over from our youth might be soon washed away as TMZ reported on November 4th that the Wu-Tang Clan’s main mastermind RZA has expressed interest in joining RATM on the road next year. The footage features TMZ doing their signature stop a celebrity randomly and ask questions interview format when the topic of the RATM reunion was brought up, RZA gets pretty excited…

I’m super excited and this isn’t even an official announcement.

Believe me, this one minute clip in no way confirms Wu-Tang Clan’s opening spot on the upcoming RATM tour. Nor does it confirm an actual RATM tour which would be needed if Wu-Tang were to join them on the road. Maybe this video is seen by Zack de la Rocha, or maybe RZA calls Tom Morello and these wheels get turning.

Even though RZA uses the “planets being aligned” metaphor, part of me thinks a RATM slash Wu two tour is going to be the must see concert event for summer 2020. We all know Zack de la Rocha hates other people with money, but I’m sure he doesn’t mind it. And including the Coachella appearance, RATM will be primed to rake in some major bank if they actually hit the road for a whole summer.

Plus it will give the Wu-Tang Clan to fully complete a tour with RATM. Remember, internal tensions within the group abruptly ended their tenure as most appropriate opener for Rage this world has ever known.

Would a RATM/Wu-Tang tour be your late 90’s dream come true? Let Nerdbot know in the comments!!