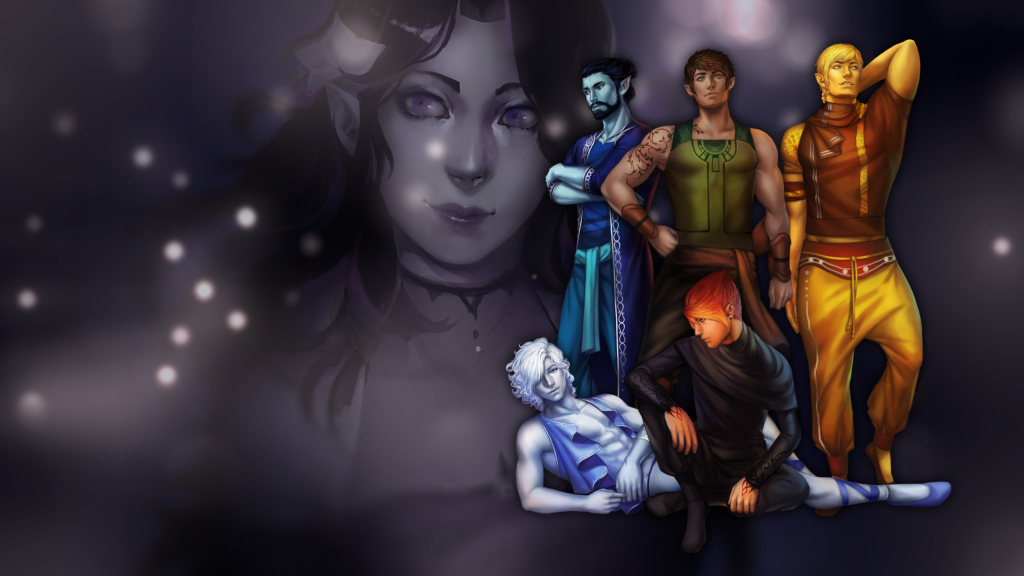 Indie Dating Sim “Akash: Path of the Five” is Full of Flavor, Fun, and Sexy Characters

If you were the only woman in a school of six guys and you had to choose one, who would you pick? This is a common scenario of “Otome” games which introduces a harem of suitors for a main heroine, but there’s “something” spectacular about Akash: Path of the Five, by indie developer Truant Pixel. It’s some unidentifiable uniqueness in design and lore that plays with familiar adolescent while being very aware of its genre.

An “Otome” game is a “dating” simulator, targeted toward a female audience often revolving a female player character and an array of potential lovers. Popularized in Japan, Otome games have been slowly making waves overseas.

Akash is, literally, a colorful visual novel taking place in a world of elementals. While male elementals are born into a single element, rare female elementals can control all elements until they come of age where they must choose one. And in the school of Akash, 6 students are chosen from a pool of applicants each representing an element. The main character, Aurora (though you have the option to change her name), voiced by Morgan Berry, is one of 6 students and the only female.

If the plot of Akash seems a bit too convenient that’s because, well, that’s what Otome games are. It plays on particular fantasies including having the choice of suitors of every flavor from the brooding types to the more expressive ones.

Let’s introduce the selection and the cast:

And what makes for an otherwise cheesy situation (such as casually and conveniently falling atop your preferred boy while “training”) is that the tone is relatively whimsical and aware. Yet Akash has the capacity to introduce more depth to a situation or character than expected.

Akash can be experienced solely on visuals alone. From 3D rendered backgrounds to semi-realistic character designs to cute 2D mini games.  It the writing (characters, dialogue, and situations) really ads to the “flavor” of it all. It was described as a labor of love, even adding quality of life mechanics that allow you to rewind to certain parts of dialogues or decision making, and a passion project yet is an impressive feat in design, story, and sound.

What is also appreciated in this Otome game, compared to most others, is the more modern heroine. Aurora is not too shy or innocent or too aggressive, but can be forward or conservative depending on the player’s decisions. Being able to flirt or reprimand male characters make going through dialogue trees fun.

With a combination of impressive visuals and a delightful voice cast, Akash is a gem that visual novel or Otome lovers don’t want to miss.

Akash is available for Steam, Playstation 4, and Nintendo Switch.

Check out this fun clip of Lux’s voice actor playing through Akash: https://clips.twitch.tv/IronicCrackyMetalHotPokket

*Daniel is voiced by Jason Wishnov