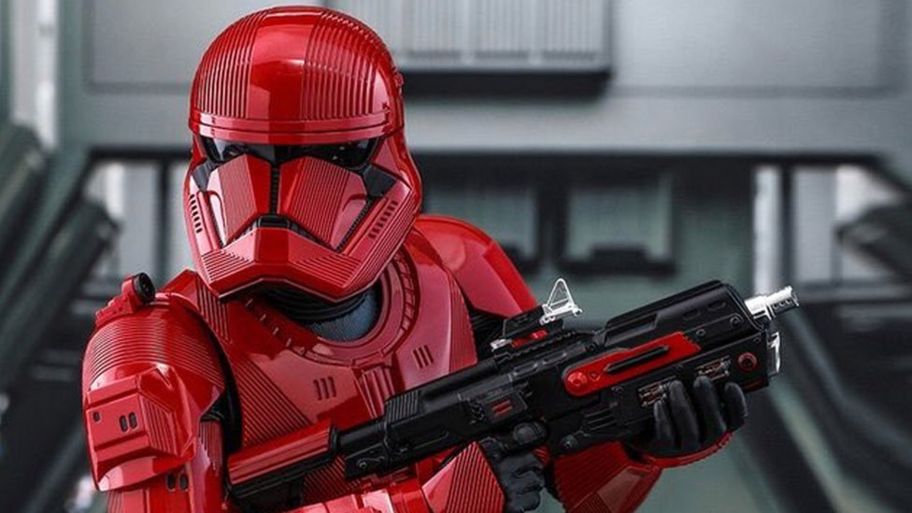 In the most current look at Rise of Skywalker shown in Star Wars Insider it’s hinted at that the newest type of Storm Trooper will have force powers. Star Wars Insider describes them as, “elite force of Stormtroopers that draw inspiration and power from a dark and ancient legacy.” They also state that they are, “aggressive and well-trained, [they] are adept in armed and unarmed combat and are equipped with an array of deadly energy weapons and explosives”.

This could very well mean that they are bred from Jedi lineage or perhaps that they have been taught to use force powers by some other means(Palpatine?). There is no where written that a Jedi has to be a good guy as we have seen unfold previously in the films. It has also been revealed that they may be tied in directly to Emperor Palpatine. The other rumor going around is that they are going to be Palpatine’s ace up the sleeve and help him try to get positioned at the top of a new Sith Empire.

Since this is the last film regarding the Skywalker legacy it seems odd that they would introduce a new kind of Storm Trooper now. Especially because if they want to continue with their use they would have to find some other way to incorporate them in to the universe. All I’m trying to say is that the design is really cool and it seems like a waste to only use them in a “final” film.

With all this talk of them having force powers though, hopefully that means that when they shoot they won’t miss their targets.