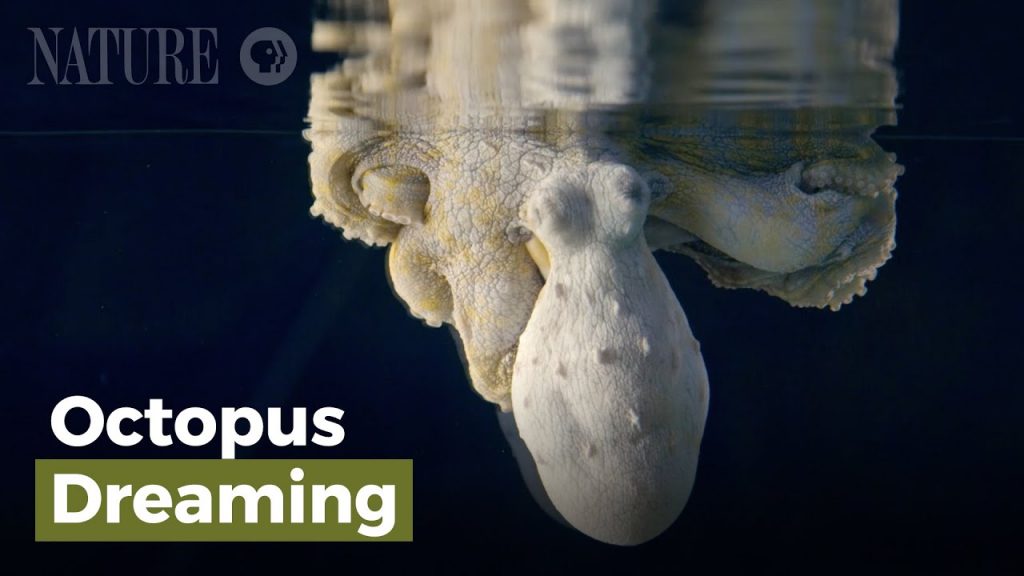 Octopi are known for their vibrant camouflage tactics and stealth abilities.  They are also known for changing colors while sleeping. But are they dreaming too?  According to the professor in the video, which captures this color change, it is not a certainty that the octopus was dreaming.  However, it’d be really cool if it were. The different colors could have indicated the passing feelings that it felt throughout the dreams.  The video of the mysterious octopus came from the site Digg.

The questions about this octopus do not stem from how it changes color.  Instead, they revolve around whether or not the octopus is actually dreaming.  We do know that it is asleep, and that it is changing colors, but it is not known if the colors correlate with the dreams it’s having.

If you’re interested in learning about what other qualities octopi have, I recommend looking out for an upcoming episode called “Octopus: Making Contact,” on PBS.  This episode is a part of the series Nature, and airs on October 2, 2019.

The episode will focus on an Alaskan professor as he studies the octopus that he cares for at his house.  Octopi are so extraordinary that they often serve as inspiration for extraterrestrials in science fiction.

Do you think that Octopi can dream?  Let us know in the comments!