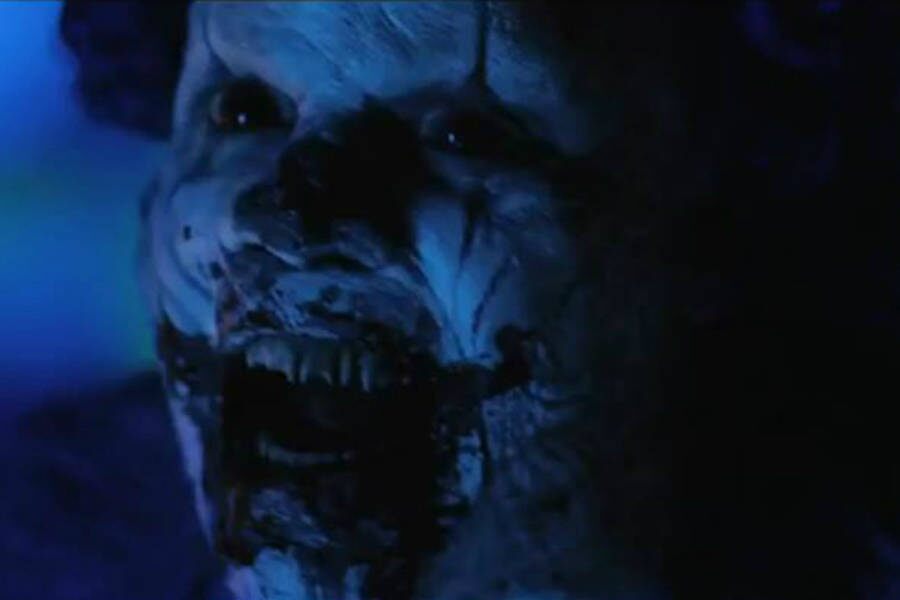 5 Gory Movies to Marathon for Halloween

It’s spooky season, y’all! And you know what that means. Time to get all snuggly with your favorite pumpkin flavored treats and watch horror movies! For this list, I give you the best of the best for a gore fest. I’m going to try to stay away from the typical horror staples so I can give you something fresh to watch. Here goes!

I know, I know, I just said I was going to stay away from the staples, but I LOVE Hellraiser! I honestly can’t recommend it enough. Hellraiser is a 1987 horror movie based on the book, The Hellbound Heart, and directed and written by the author of the book, Clive Barker. How often does that happen? Anyway, the story opens by showing us what happens when you call upon the Cenobites by solving the puzzle cube called, The Lament Configuration. This is what happens to a man named Frank, and he winds up being torn apart and dragged to Hell. Then we flash forward and see Frank’s brother and sister in law, Julia, moving into his old house. We eventually find out that Frank has had an affair with Julia and she’s still obsessed with him. Long story short, a few drops of blood get spilled where Frank was torn apart, and he is resurrected, but not fully. He’s kind of a massive goo ball of bone and muscle. He asks Julia to bring men to him so that he can feed off them and become whole again. Soon after, the Cenobites are alerted to Frank’s escape from Hell by his niece, Kirsty, and they come and drag him back to Hell with them. The movie is a gory good time. It’s campy and gross, but it’s great. The Hellraiser series has a massive 10 installments in the series, but honestly, only five of them are worth watching, the first five. The rest are garbage.

Re-Animator is a 1985 horror movie based on H.P. Lovecraft’s novelette, Herbert West-Reanimator. After discovering a formula that can bring the dead back to life, Herbert West decides to use it on his dead professor, but finds that the formula has monstrous side effects, which basically results in crazed zombies. He travels to New England to continue his studies as a medical student at Miskatonic University, and soon we’re on a wild ride full of zombies, gore, and an animated disembodied head that tries to sexually assault the female lead. I really do not recommend watching this while eating.

I’m not entirely sure if this should be considered a horror movie or not, but it is a wild, gory ride, nonetheless. Antichrist is a 2009 Lars Von Trier film about two parents who go to a secluded cabin while mourning the death of their infant son, who fell to his death from a window while they were having sex. The film shows the mother slowly descend into madness while becoming more and more sexually deviant and violent. It’s very artsy, but that doesn’t mean it’s not enjoyable. Warning for the men in the audience: some of the scenes will make you wince and hold onto your more delicate parts for dear life.

I can already feel you hating me for this. I’m sorry, but I loved Clown. Clown is a 2014 horror movie directed by Jon Watts about a loving father who finds an old clown suit in a home he’s selling, and uses it to dress up when the party clown for his son’s birthday party cancels. After the party, he realizes that he can’t take the suit off. The rainbow wig is now his hair. The big red nose is his nose. As the movie progresses, his appearance becomes more and more grotesque. His wife eventually seeks out someone who can help and finds out that the suit isn’t a suit. It’s the skin of a demon that takes over whoever puts it on, and in order for the demon to leave, he has to eat a certain amount of children. This movie isn’t original by any means, but it’s good, messy fun.

Oh man, I can’t go on about this movie enough. Baskin is a 2015 Turkish horror film directed by Can Evernol and it is CRAZY! It’s about a group of police officers who get a call about needing backup in a bad area of town. On their way there, they hit a bloody figure that was standing in the middle of the road, but when they go back to find the body, it has disappeared, and some of the locals have gathered around the officers. The locals take them to a nearby building, where an empty police car sits outside. The officers assume this is where the call for backup came from and go inside to search. This is where things take a crazy turn. Inside the building they find bodies and blood all over the walls. They eventually come across a woman chopping up bodies and people doing the nasty while covered in blood. The officers try to escape, but are caught and taken to a chamber where they are tortured by a crazed cult. There are many other more dreamlike elements to the film, leaving a lot of things up to interpretation. It really is a remarkable film, but not for the faint of heart.

I hope my list has offered you some fresh, gory fun for your Halloween viewing pleasure this year! Enjoy!