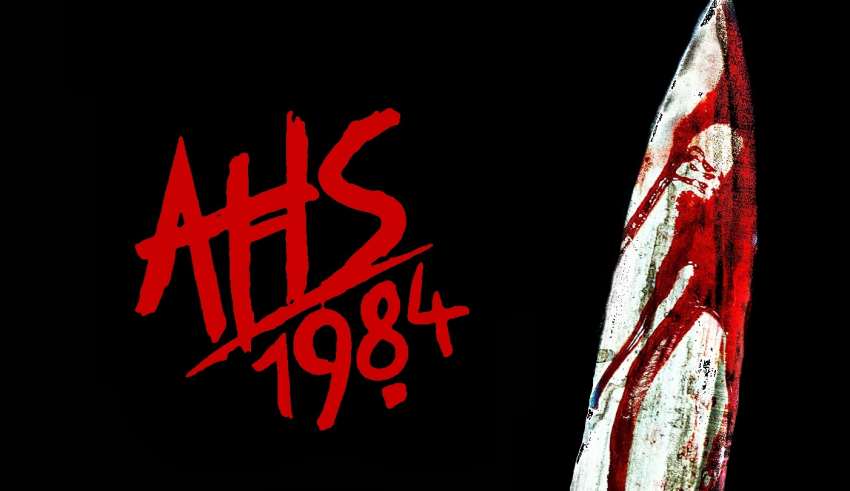 As most horror fans know, the first episode of American Horror Story 1984 recently aired, and, boy, did they start things with a bang! Or, should I say splat?

The episode opens on a flashback to a camp massacre that took place in 1970, then flashes forward to when the bulk of the season will take place, in 1984. New girl Brooke, played by Emma Roberts, is trying to warm up to some new friends from aerobics class: the overly friendly Montana, played by Billie Lourd, the cocky and gorgeous Xavier, played by Cody Fern, the sweet Ray, played by DeRon Horton, and the stereotypical jock Chet Clancy, played by Gus Kenworthy. During their conversation, Xavier offers them all positions with him as camp counselors at Camp Redwood, which, surprise surprise, was the location of the massacre that took place at the beginning of the episode.

Everyone except Brooke leaps at the offer, but a terrifying encounter with The Night Stalker later that night changes her mind, and it’s off to camp for the summer!

Now, I don’t want to give everything away, but I will say that the first episode alone covers a lot of horror movie tropes. There’re chilling warnings that seem like threats from strangers, the gang hits a random guy in the road and Xavier swears everyone to secrecy about it, there are multiple serial killers on the loose, there’s a mass mental institution breakout, a camp legend, sex, drugs, etc. And, while it’s all very campy (hahaha puns), it really works!

I haven’t even gotten to the nostalgia factor yet! I’m a sucker for 80’s nostalgia and this season really delivers. From the big hair and bright clothes, all the way to the synth pop score and the slang the characters use, the whole thing screams 80’s.

Honestly, I was worried that I wouldn’t like this season. I wasn’t a huge fan of Cult or Apocalypse, but 1984 is really doing it for me. It doesn’t seem to be taking itself too seriously like some of the other seasons. It’s campy fun and it knows it and embraces it. I really hope the rest of the season continues to take us on the same ride.