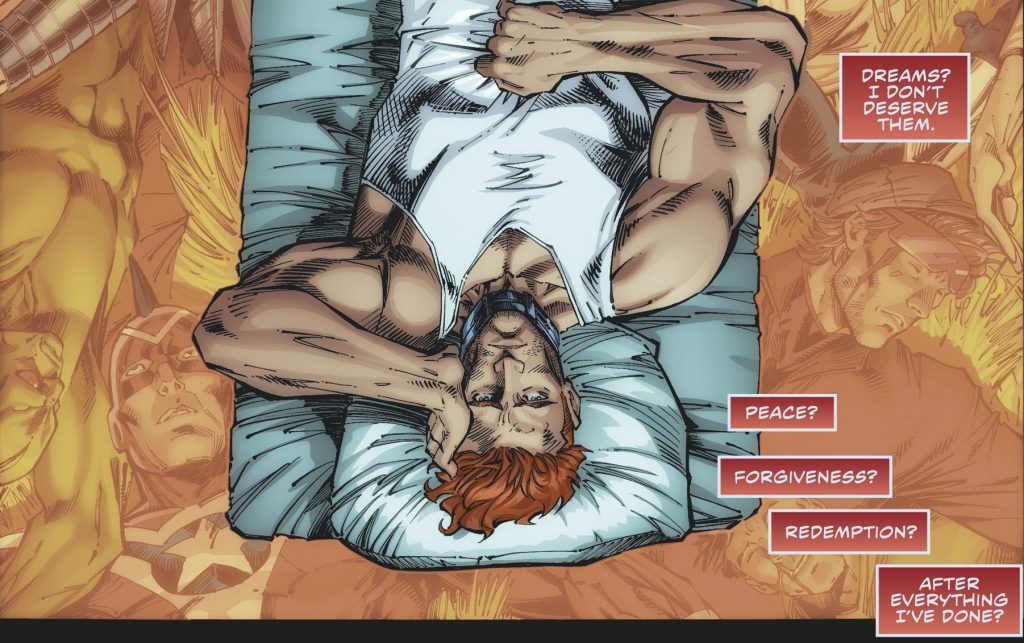 A Hero Turned Murderer Is Now The Savior Of the cosmos

Wally West is a hero, titans, Murder and is still in mourning of the family he lost. After the events of Heroes In Crisis , The embodiment of Rebirth and a survivor of so much is left at his lowest.

Can this series help fans everywhere believe in wally again ? and more importantly, will it help him believe in himself again.

The former flash has given up on himself and has fallen into deeper into a pit of self loathing and self condemnation. He starts the book off incarcerated at BlackGate Maximum Security Prison surrounded by enemies.

Meanwhile, Tempus Figinaut ( who belongs race of beings who are tasked with preventing intrusions from other Universes ) is having trouble dealing with the Dark Multiverse bleeding into the normal one.

To combat these forces, Figinaut recruits a reluctant Wally to serve the cosmos. West is then gone in a flash( sorry) and appears next to a injured Calvin Ellis, President Superman.

Wally West is a character who has really been through alot lately, and we can frame this series a a redemption arc for him. Since Wally has seemingly given up on himself , as a person and a hero, this series will hopefully help Wally forgive himself.

The books visuals and story flows pretty naturally together due to the trio of Scott Lobdell , Brett Booth, Norm Rapmund. These three have worked on many projects together, so this issue flows pretty smoothly.

While opinions on Lodbells writing are definitely varied, this issue definitely sets up / continues the trends and mindsets from its predecessor.

While that book had a lot of issues, hopefully this comic will take a step in the right direction. These being ones of actual self reflection as well as the forgiveness of oneself. If we can all agree on one thing, its that Wally Really needs to speak to Therapist, a real one.

So what’s your take on this idea ? Hit Or Miss ? Should Dc even revist Wally West or should they leave him alone for now ? Let us know in the comments down below