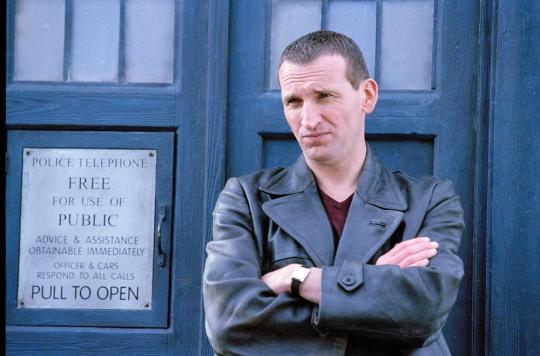 Christopher Eccleston Opens Up About his Battle with Anorexia

Trigger Warning: The following contains a story with themes of Mental Illness, Anorexia, and Suicide

.
Christopher Eccleston is yet another celebrity opening up about their mental illness. Giving us another celebrity we can look up to and identify with as we all go through struggles. It’s not always easy to open up, so let’s give an ear to Eccleston and see what he had to say.

As the Doctor, Eccleston won us over with his intergalactic bravery. However, in real life, the star was in a battle with anorexia and depression that almost drove him to suicide. Something that many of us have had to deal with in some form or another.

The actor won acclaim reinventing the Time Lord for a new generation of fans in 2005. And recently has revealed he was struggling with serious mental illness during the making of the sci-fi series.

In Eccleston’s autobiography, I Love The Bones Of You, he describes himself as ‘a lifelong body-hater’ and reveals he contemplated throwing himself under a train following the end of his marriage in 2015.

‘Many times I’ve wanted to reveal that I’m a lifelong anorexic and dysmorphic. I never have. I always thought of it as a filthy secret, because I’m Northern, because I’m male and because I’m working-class.’

He reveals his anorexia was prevalent during his spell on the BBC drama, adding:

‘The illness is still there raging within me as the Doctor. People love the way I look in that series, but I was very ill. The reward for that illness was the part. And therein lies the perpetuation of the whole sorry situation.’

During filming of the BBC drama The A Word, Eccleston says he began to contemplate suicide and rang a psychiatric hospital for help. He talks about what feelings drove him to make the call.

‘I was in a state of extreme anxiety, convinced I was either going to die or I was going to kill myself. In my despair I reached for my phone and looked up a psychiatric hospital, I rang ahead, grabbed my bag and ran.’

While lying awake in hospital, the star became convinced he was going to die. Which he knew was a bit off and had the desire to want to save himself from this feeling.

His road to recovery began when he was finally diagnosed with severe clinical depression and prescribed antidepressants.

‘I am on them to this day. I could be on them for the rest of my days. I do have an issue with that. I would like to attempt slowly to reduce the dose, to experience reality again, to see how I do… And yet, interestingly I have received some of the best reviews of my life since I started taking them.’

I Love The Bones Of You, by Christopher Eccleston, is published by Simon & Schuster on September 19, priced £20.

Can you relate? Feel free to share your own story with us in the comments if you want.

Bat-Signal to Light in Major Cities for Batman Day