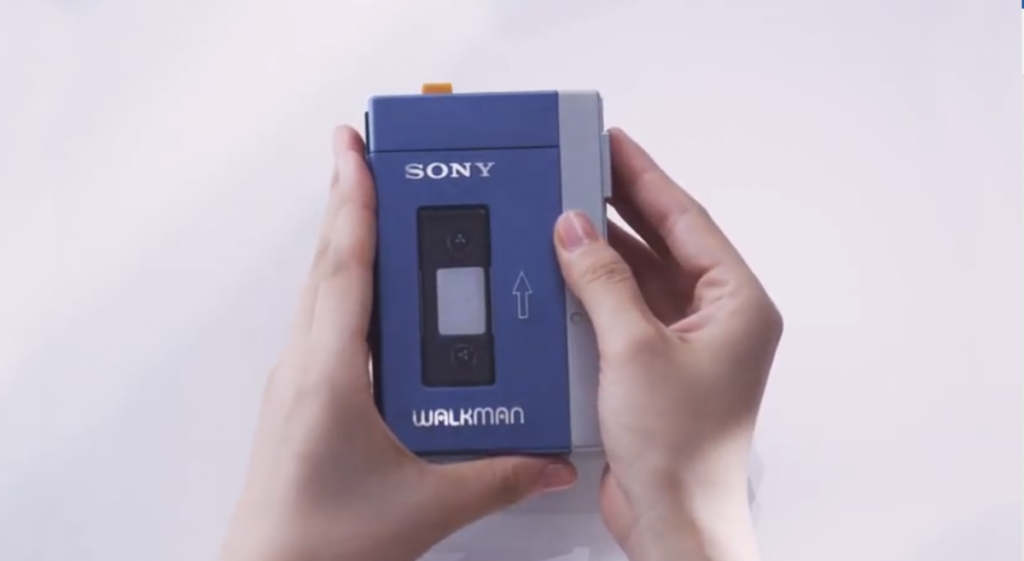 Get Ready For Sony’s SuperWalkman

How we’ve listened to music over the years has been an interesting evolution. Records, compact discs a.k.a. CD’s, the IPod, streaming services, for thirty-five years of age even I’m surprised how far things have come since I bought a cassette tape copy of Green Day’s Dookie at the Parmatown Mall Record Town,

You were probably just thinking… dude what the hell is a cassette tape?

Well in the 1980’s and for a better part of the 1990’s, human beings listened to music on these things called cassette tapes. They were small rectangular pieces of plastic with actual tape inside them. On this tape was recorded music capable of being played through a variety of different devices. And one of the most popular ways to listen to cassettes was through a Sony Walkman.

Yes, the Sony Walkman… the Nokia brick cell-phone of the portable music player industry. I’ll say tapes fought the good fight against CD’s for a long time. And in an effort to ignite your flames of nostalgia, Sony is re-releasing an updated version of their iconic product which I have unofficially dubbed “The SuperWalkman!”

As Nerdist.com reported on September 6th, the 40th Anniversary Edition of the Sony SuperWalkman will do some cool stuff, except actually play cassette tapes. So what you’re buying is a $900.00 (with cheaper logoless models coming later, apparently the logo effects the value?) IPod like contraption that has a high-resolution touchscreen, is WiFi capable, digital amplifier, twenty-six hour battery life, kind of a impractical yet fashionable way look cool for back to school.

It’s technically called the Sony NW-A100TPS by the way. And yes, having the Sony Walkman logo on the device does affect the price.

So if you’ looking for a cool gift for an audiophile friend or lover, I could see them enjoying it. I know I would, especially if someone else bought it for me.

In November of 2019 the SuperWalkman will arrive in Europe and we’re still waiting to find out about the U.S. release date.

So… you dropping nine hundo on a SuperWalkman? Let Nerdbot know in the comments!!