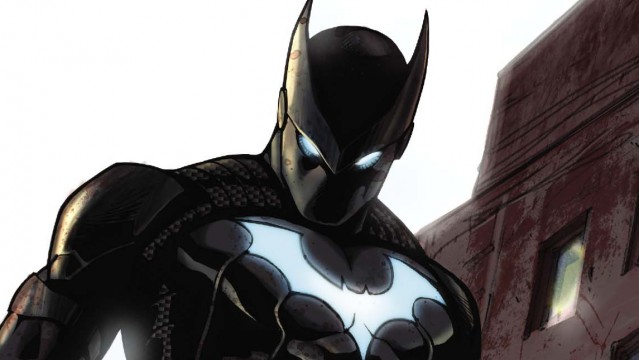 Don’t we just love gossip from “multiple reliable sources”? In this case, let’s see what is possibly in store for us. DC Comics is planning on giving writers a black Batman. And we just might have enough talk for it to be a valid rumor to follow.

Bleeding Cool‘s Rich Johnston shared the scoop Monday. Commenting that the topic was quite the hot topic at a variety of comic book shows over the weekend. Before we get all uppity, Johnston also specified that this Batman would not be a re-imagined Bruce Wayne.  Instead he would be another instance of DC having another character take on the part a la the comics’ previous interim Batman moves centered on Nightwing, Azrael, etc.

The report also adds that this new Batman will not be Duke Thomas (the Batman Family member who first made an appearance in the comics back in 2013). As for this new take on the Caped Crusader without our familiar Bruce Wayne, BC‘s sources states that’ll be going down in the summer of 2020 leading into 2021.

What do you think about this news? Enough to be credible? Or just a rumor floating on the horizon of gossip?