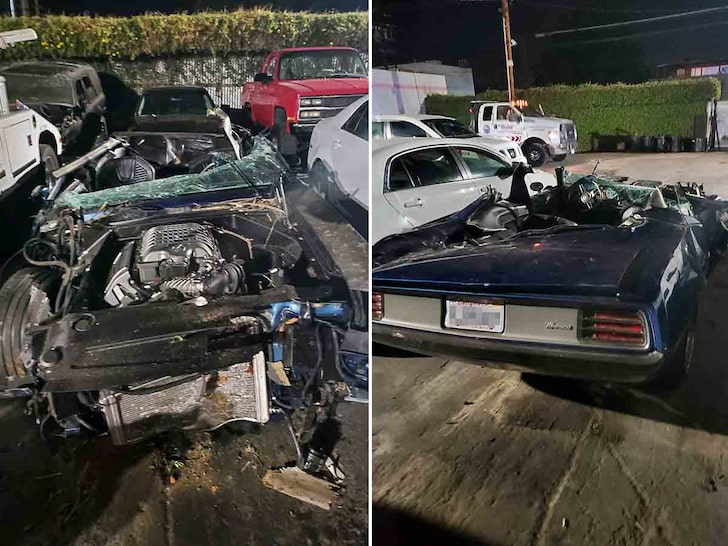 Kevin Hart was in an accident early this morning in the Malibu Hills when his car went veering off the road. He had just gotten the vehicle for his 40th birthday. He had 2 other passengers in the car. Everyone survived.

He was able to walk away from the accident and then was transported by an SUV which took him home for medical treatment. He was later taken to a hospital to seek further treatment.

Police tell us that he was not driving at the time. Kevin and the Driver suffered “Major Back Injuries”. The car was a Plymouth Barracuda and it smashed through a wooden fence along the roadside. The roof of the car was completely crushed on impact.

Hart is extremely lucky to have walked away. They are still accessing him for injuries. This story is developing.

Cover Image from TMZ. They have more exclusive photos of the wreckage