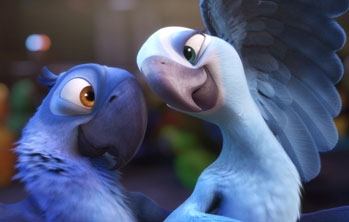 The Macaws from Rio are Extinct

Remember that delightful movie Rio? The movie was about how an unlikely love can grow between 2 of the last Spix’s macaws on earth. They must to save their species.

Unfortunately in real life the Spix’s macaw is extinct in the wild. There are less than 100 on the planet, all in captivity, and they are descended from just 7 wild birds. That’s not a very good outlook.

In 1987, conservationists started tracking all the known birds in an effort to safe the species. No big finds of birds in the wild or in captivity have happened. That’s not a great sign, either. Because the founding birds of most (or possibly all) of the captive population was just around 7 birds from maybe 2 nests, that means all of the captive birds are likely going to suffer from inbreeding in just a few generations. Already captive born birds are laying eggs later and having issues with number of males and females being born.

No wild individual Spix’s macaw has been seen since June 19 of 2016. Plans are in place to release captive animals back into the wild. Of note, of the 4 species of macaw (large parrots) that are almost entirely blue, Spix’s macaw now exists only in captivity and the glaucous macaw is extinct. Now much of the Amazon, where many of these magnificent parrots live, is burning.

The good news is places like the Cornell Lab of Ornithology, the World Wildlife Fund (WWF), and many other great non-profits and scientific organizations are working to prevent the world from losing more species.

What conservation issues are you concerned about? Let Nerdbot know in the comments!