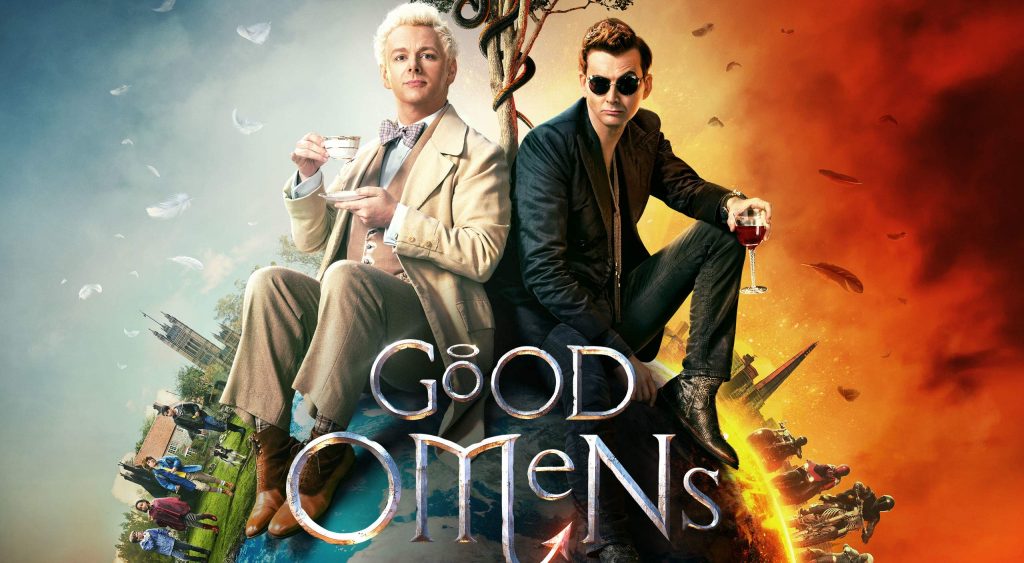 One of the best shows so far this year was Good Omens on Amazon Prime. It was probably the funniest show you could make about Armageddon. The heart of the series was the relationship between the demon Aziraphale (Michael Sheen) and angel Crowley (Michael Sheen). The two made for a heartwarming pair as they supported each other over the course of thousands of years. Over the series, we see them bring out the best of each other and showed how the ultimate opposites could come to love each other. Fans of the series latched on to their bond and how they were able to work together to help contribute to saving the world.

Musician and artist Allegra Rosenberg became inspired to make a little tribute to their friendship in an unlikely way. On Twitter, she posted about how she felt compelled to create a commercial after a friend commented on Aziraphale’s unique name.

The commercial takes what could be a silly idea and instead cuts right to what makes Aziraphale and Crowley so much fun. Their dynamic is helping each other without ever admitting their feelings about it. Crowley likes to pretend that he is an uncaring agent of Hell, but he still feels drawn to the bottomless optimism of Aziraphale. As much as he tries to not care about the world, he becomes a better person after spending thousands of years around him. In turn, Crowley helps Aziraphael not be so naive about the world and helps him see the shades of gray that exist in Earth and Heaven. The ad makes for a fun summary of the show and also makes some fun in jokes for fans like the hidden side effects at the end.

Rosenberg’s fan commercial was so good that it actually got the attention of those connected to the show. Michael Sheen and Neil Gaiman retweeted the video to their followers to support the ad.

It is so much fun to see how artists are able to put their own spin on what they enjoy for other fans. And it is even better to see when those efforts get the personal stamp of approval from the original creators. Rosenberg, for her part, seems to be handling her sudden blow up of attention pretty well.