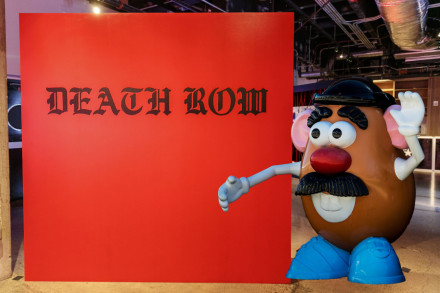 So Death Row Records filed for bankruptcy over ten years ago and has basically been floating around in the fine print of a couple acquisition deals. Its most recent Home was with Entertainment One. They own Peppa Pig and PJ Masks, two children’s shows I’ve never heard of until now. However, these franchises would definitely be interesting to Hasbro, who I’m sure can’t wait to get their Peppa Pig toys on the shelves of Targets across the country.

All the money stuff and legal brew ha-ha is too complicated for me to explain. I’m not even sure if the details have been ironed out. But Hasbro CEO Brian Goldner released the following statement:

I’m sure Death Row is omitted from the above sentence because it’s the farthest thing from family-oriented content. Who knows if anything will come of this? I highly doubt Death Row will be signing the next Ice Cube anytime soon. But still, for a quick thirty second read… you’re now a little more enlightened.

It’s also pretty unusual that technically the likes of Mr. Potato Head, GI-Joe, and Power Rangers are under the same umbrella as the label that launched the career of Dr. Dre, Snoop Dogg, and Tupac.

What Hasbro Hip-Hop Collaboration would you be most excited to see? Let Nerdbot know in the comments!!