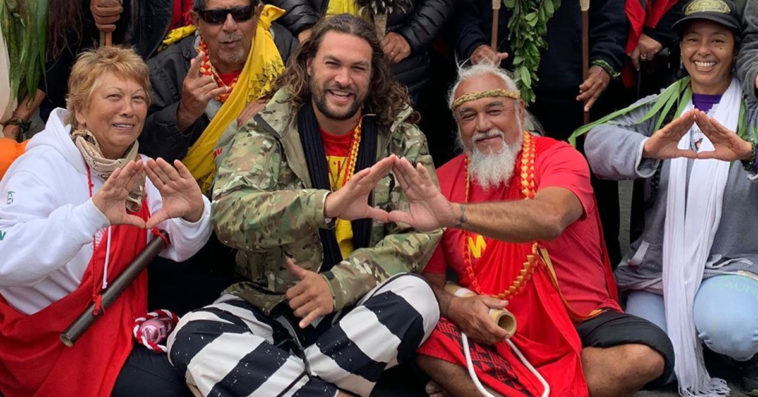 
“Due to unforeseen personal circumstances, Jason Momoa will no longer attend the event.”

While this statement makes no mention of what the personal circumstances are. It is to be assumed that it is over the Hawaii protests that Momoa is encouraging support for. Jason Momoa is still posting constant updates about the events in Hawaii.

Pls support kīa’i for the @protectmaunakea movement. During this time, we are trying to unite both kānaka and Hawai’i born peoples alike to protect not only the mauna, but also our way of life and greatest natural resources in Hawaii as a whole. We feel that our movement has successfully united all aspects of Hawaiian culture with the exception of our traditional ocean practices – namely surfing, fishing, paddling, etc. This is where you come in. Pls be an inspiration and raise awareness amongst the general public and the corporate realm to promote the conservation of our ‘āina for our generation and future generations to come.

The peaceful protests are against the construction of the Thirty Meter Telescope (TMT) on what Indigenous Hawaiians consider the most sacred site on Earth. Momoa’s been posting photos for weeks while hoping to halt progress on the $1.4 billion project.
The Rock joined activists for a day ahead of his Hobbs and Shaw publicity blitz, but in Momoa’s case, it seems that he has plans to stay put until further notice.

At this time, TMT representatives insist that Mauna Kea would be the preferred location for the telescope, although they’re reportedly seeking permits to move to an alternate site in the Canary Islands.