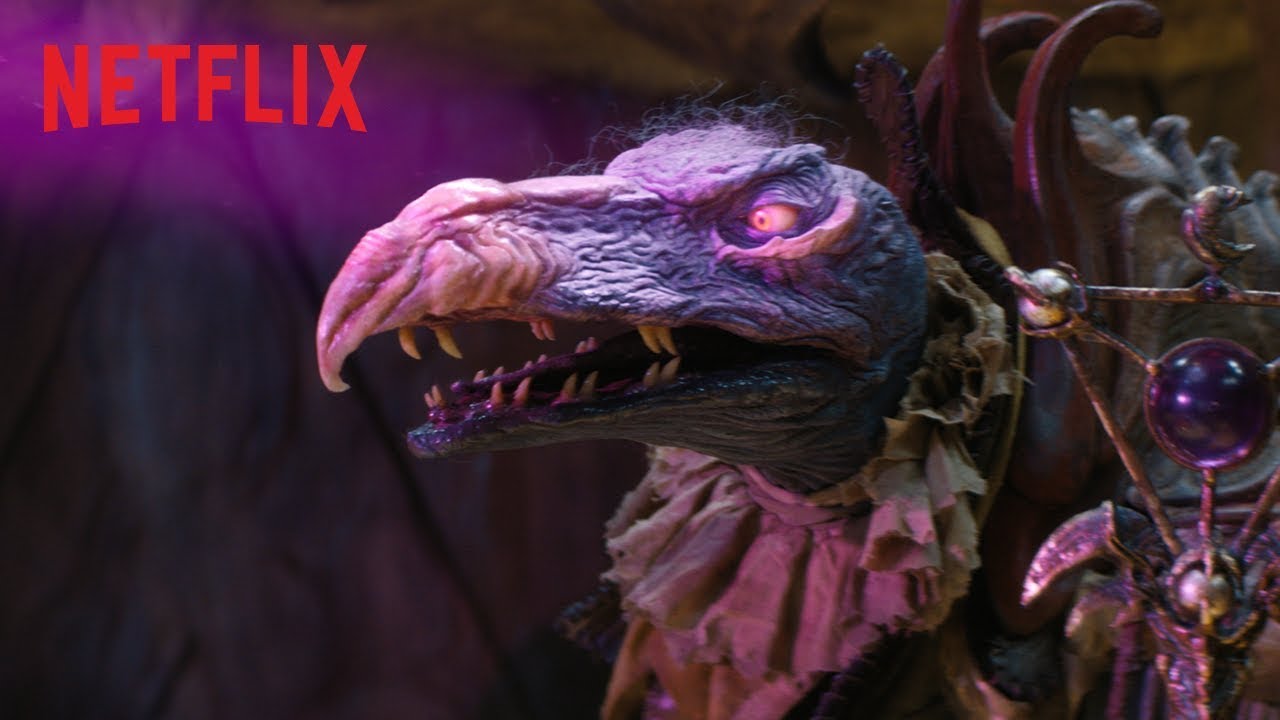 Here is is, folks! The final trailer before the actual release of the Netflix show The Dark Crystal: Age of Resistance.

Based on the Jim Henson’s 1982 cult classic film, The Dark Crystal, Netflix’s The Dark Crystal: Age of Resistance spins a new tale. Using pure puppetry and modern visual effects to create an immersive world that Jim Henson would be proud of.

Years before the events of the original movie we find the world of Thra is dying. The Crystal of Truth, a source of untold power is damaged. Having been corrupted by the evil Skeksis, and is now spreading sickness across the land. When three Gelfling uncover the truth behind the Skeksis power, rebellion rises and a battle for the planet ignites.

Light the fires of resistance! Join Deet, Rian and Brea on an epic quest to find hope in darkness, save Thra, and reveal their destiny. Nothing will ever be the same. A Netflix Original Series from the Jim Henson Company and visionary director Louis Leterrier, The Dark Crystal: Age of Resistance premieres August 30. Watch The Dark Crystal: Age of Resistance, Only on Netflix: https://www.netflix.com/title/80148535