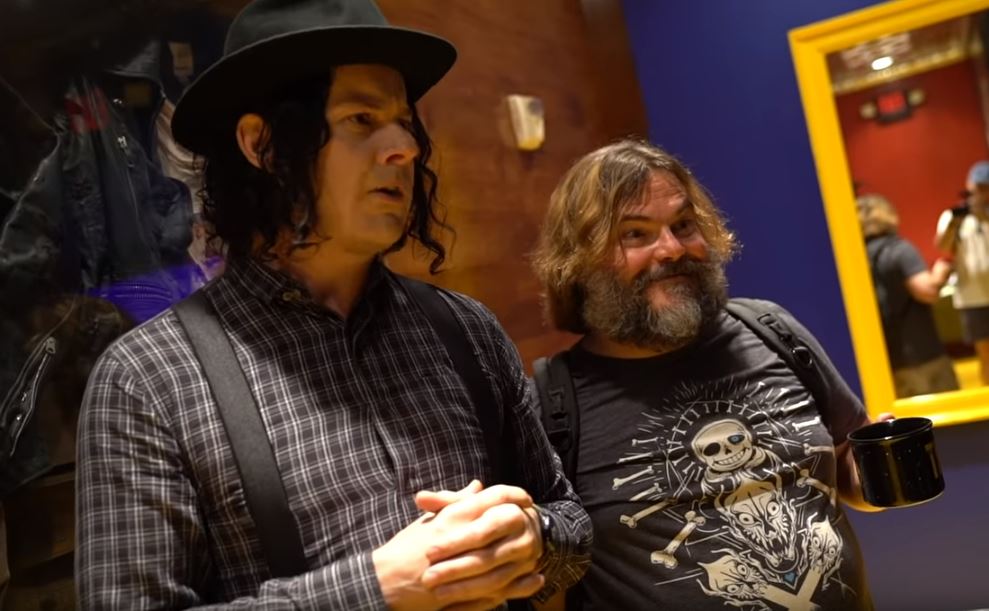 Two of the biggest names in music have just teamed up to write a song together! Jack Black of Tenacious D and Jack White of The White Stripes & Raconteurs(as well as his notable solo career) have come together to create “Jack Gray”. Also in the recording group was Kyle Gass the other half of the iconic Tenacious D.

While Jack Black wasn’t able to film the recording session he was able to talk about it a little on his YouTube channel JablinskiGames. He goes on to say it was “legendary” and that Jack White’s house is just as amazing as you would think.

There is no word yet on the sound of the new single but you can imagine coming from the three of them that it would be amazing!

This collaboration came after playing at Lollapalooza in Chicago together. Black in the video above documents the tour given to him and Gass by White of Third Man Record headquarters. Which is part museum, part recording studio and part art gallery.

When asked about how the trio got along Jack White deadpanned and said, “I didn’t realize, but they’re actually not very nice guys. They’re actually really mean.” Which is probably a joke so don’t worry too much about that. If they liked each other enough to collaborate it would seem they get along pretty well.