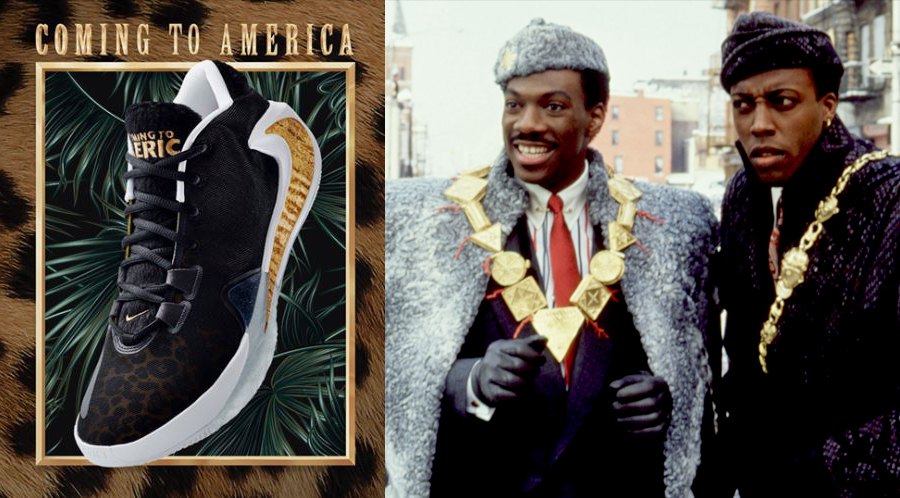 With “Coming to America 2” coming out next December Nike has decided to go back in time and honor the original 1988 film. They have released sneakers that are a mix of faux fur, leopard print and black and gold embellishments. The faux fur is only on the tongue of the shoe so it actually looks pretty cool.

“Coming to America,” the 1988 cult classic, remains an influential centerpiece in the upbringing of Giannis Antetokounmpo. A favorite from his youth, the film draws a glaring parallel between Giannis and Prince Akeem, the character portrayed by comedic icon Eddie Murphy. Akeem journeys from the fictional nation of Zamunda to America on a royal quest to find the woman of his dreams who’ll be his future queen. Similarly, Giannis’ hoop dreams from the European leagues in Athens, Greece to the greatest stage in the world, the NBA, have made his hopes of international crossover into a reality.

You can get these shoes for $120 and as of right now they have all sizes available. Click on the link here for more information.