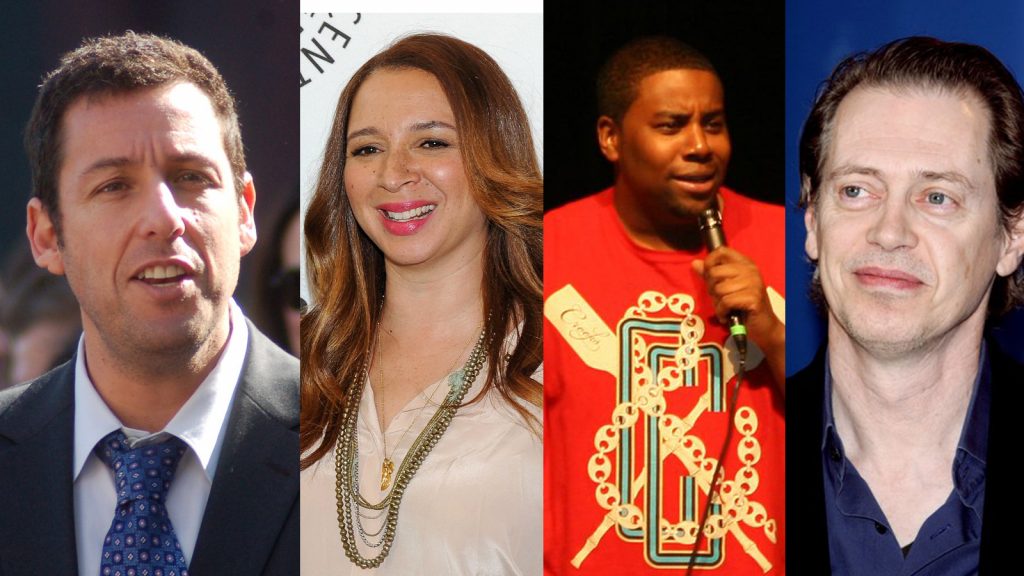 Steve Brill directed and co-wrote Little Nicky, and directed Heavyweights. The fact that he is directing gives me a lot of hope for the Halloween film. Little Nicky is a classic and Heavyweights, well there is just no other way to put this, it’s cinema gold. With this cast there is no way that they could make anything less than hysterical. There are so many A list names known in the comedy scene that a failure is out of the question.

The premise is this. Adam will play a character who has deep devotion to his hometown of Salem, Massachusetts. The town holds a legendary Halloween celebration every year. Hubie Dubois(Sandler) is a figure of mockery for kids and adults alike. But this year, something really is going bump in the night, and it’s up to Hubie to save Halloween.

The story line sounds similar to what I remember the Ernest films to be like. You know Ernest, when he saves Halloween in Ernest Scared Stupid? I hope this movie is like that but with Adam Sandler being well, Adam Sandlery.

If you remember Happy Madison Productions is Adam Sandlers Production company. It is the company that produced his earlier hits such as Big Daddy, 50 First Dates, Little Nicky, Happy Gilmore and Billy Madison. They are all incredibly funny and I know he wouldn’t attach himself to a project he didn’t have confidence in. This could be the start of a new renaissance for Sandler and hopefully he goes on to make more gut busting movies like I anticipate this one to be.

What do you think of this? Are you excited for another Adam Sandler Happy Madison film? Tell us in the comments!