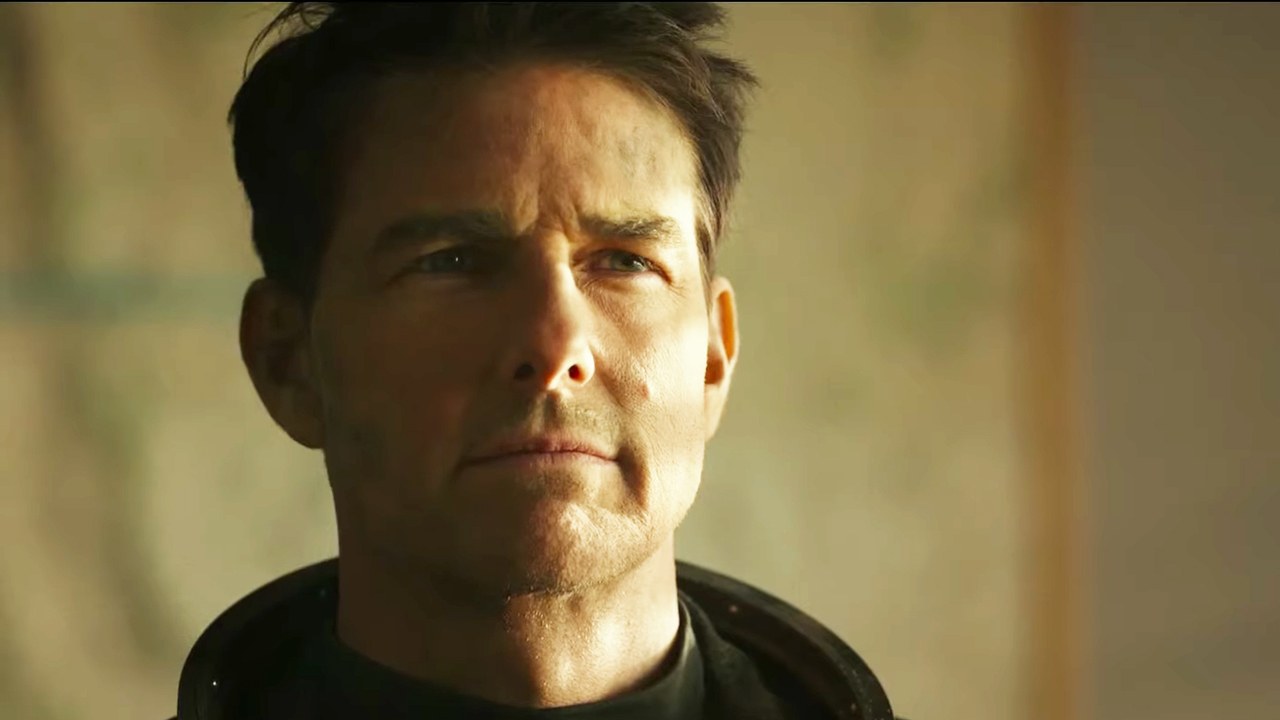 Tom Cruise made a surprise appearance at Hall H at San Diego Comic-Con to debut the trailer for his upcoming film Top Gun: Maverick. Cruise told the audience:

“34 years ago I made a movie in San Diego, right here. I actually shot across the street at a restaurant. You all have asked for many, many years. Traveling around the world, people have said, ‘Why don’t you do another one? When are you gonna do another one?’ For 34 years you guys have been very, very patient with me. I felt that it was my responsibility to finally, really deliver for you.”

In the trailer, it appears that the career of Cruise’s character has stalled, but that might work out better for the audience as it keeps him in the cockpit. In the sequel Cruise’s Pete Mitchell will be mentoring a new generation of Navy fighter pilots.

Val Kilmer will reprise his role as Iceman in the sequel. Joining the cast are Miles Teller as the son of Goose (Anthony Edwards)–Maverick’s best friend in the original film, Jennifer Connelly (a single mom and Maverick’s new love interest), Jon Hamm (a Navy Officer), Glen Powell, Lewis Pullman, and Ed Harris. Monica Barbero will play a female pilot and love interest for Teller. The film is directed by Joseph Kosinski. In prior interviews, actor Jon Hamm has said that Kosinski is using “never-before-seen” technology to get aerial footage that is “mind-blowing.” Hamm also said of the footage that “it’s mostly practical. There’s not a lot of CG. Those guys are really up in planes and getting thrown around in multiple Gs.”

This was confirmed by Cruise who said “Everything you see in this film, obviously, it’s for real. We’re working with the Navy. All of the flying that you see in this picture, everything is real. I really wanted to give you all an experience of what it is to be inside that aircraft. For me… it is about aviation. I love it and it’s a love letter to aviation.”

Picard Trailer Shows Data, Seven of Nine and the Borg