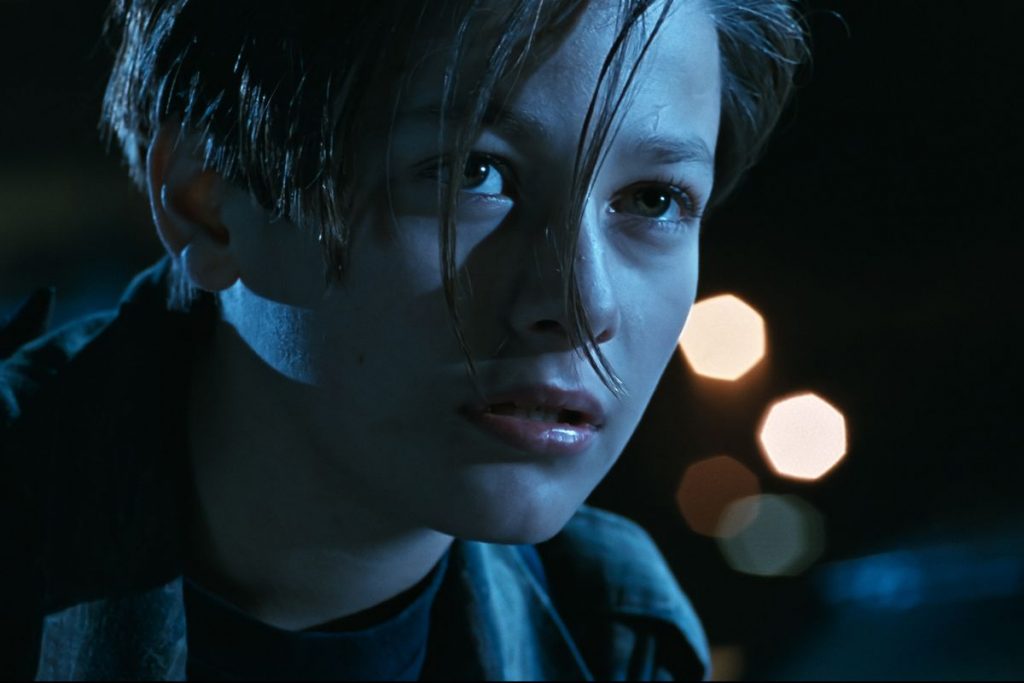 Edward Furlong, the actor who played the original young John Conner in the Terminator series is making a return to the franchise. James Cameron announced during the panel for Terminator: Dark Fate that Furlong is in it and that we can expect to see a movie on par with Terminator 1 & 2.

Cameron also confirmed the R Rating for the upcoming movie. Which is something everyone who wants to see the film was waiting for. Finally a really gruesome Terminator film with everyone in the original involved. We have Linda Hamilton, Arnold Schwarzenegger and now Edward Furlong. Linda Hamilton was enough to bring us back, now with Edward we are more than compelled to see it. Perhaps several times.

According to Cameron and the cast and crew this will be an all action, high stakes movie we wont want to look away from. Check out the Featurette released at Comic Con below and tell us what you think!