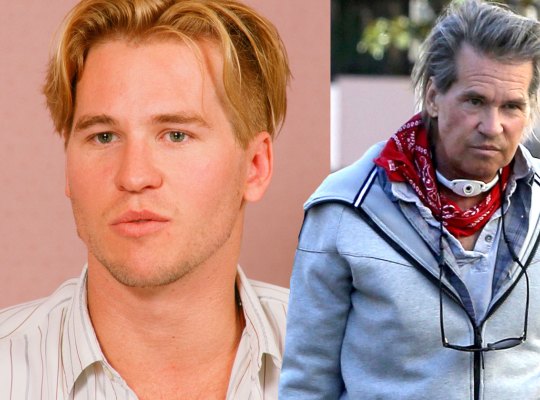 The actor will bring back skilled fighter pilot (and beach volleyball player) Iceman for Top Gun: Maverick, The Hollywood Reporter has confirmed.Tom Cruise is also returning for the sequel to 1986’s Top Gun, the film that launched the actor as a global star.

In the original film, Iceman (real name: Tom Kazansky) was a rival to Maverick, uttering such classic lines as, “I don’t like you because you’re dangerous,” before the pair eventually became friends after earning each other’s grudging respect. Cruise recently tweeted a photo announcing that production had begun on the Top Gun: Maverick. Oblivion director Joseph Kosinski will helm the sequel, which follows fighter pilots dealing with a world in which drone technology is making their old style of flying obsolete.

Jerry Bruckheimer, producer of the Tony Scott-directed original, is producing Maverick with Cruise as well as Skydance’s David Ellison. German composer Harold Faltermeyer, who created Top Gun‘s memorable synth score, is also returning to the production. The project has long been rumored, and Kilmer teased in 2015 that he had been offerred a role in the film shared his excitement, writing on Facebook that it’s “not often you get to say ‘yes’ without reading the script.”

Movieweb notes that this is actually kind of a touching comeback for the star:

…The actor recently started talking about his battle with throat cancer after denying reports for a number of years. Kilmer is now cancer-free, but surgeries on his throat have taken their toll on the actor’s voice and his tongue is often swollen. He appeared on former Sex Pistols guitarist Steve Jones’ radio show recently in Los Angeles and had a raspy slur that was at times hard to understand. However, Kilmer revealed that he was going through speech therapy and was confident about getting his voice back to where it used to be. Jones even admitted that Kilmer’s voice had dramatically improved since the last time that they had spoken.

We look forward to reporting further details for the sequel Top Gun: Maverick as they unfold.

What about you? Is this is a sequel you’re interested in? Do you think the time for Top Gun nostalgia has passed? Is the timing perfect? Tell Nerdbot what you think in the comments and get the conversation going!