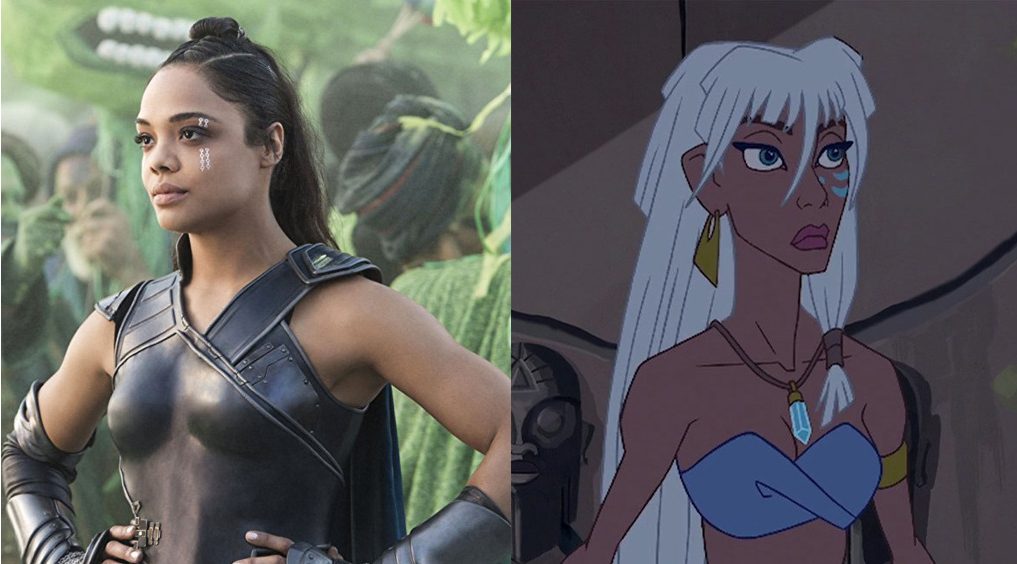 Wegothiscovered broke the news that the Atlantis live action film was eyeing Tom Holland as Milo in the remake. Today we reached out to our contact and they told us that not only was Tom Holland being looked at for Milo, but Tessa Thompson is also being eyed for Kida! Our source tells us that while others are on the list Thompson seems to be the running favorite at this time.

Tessa Thompson has worked for Disney by way of Marvel in her work as Valkyrie in Thor: Ragnarock. She is the perfect choice for Kida as well since she is such an empowering female figure. She is also currently voicing Lady in the Lady and the Tramp Live action film coming soon.

Kida Nedakh in the film is the princess of Atlantis. Kida, unlike other Disney princesses was stoic, bold, brave and not afraid of anything. She was voiced by Cree Summer who also worked on a lot of the cartoons we grew up with as kids. Everything from Penny in the original Inspector Gadget to Susie Charmichael in Rugrats.

For Disney this would be a great chance to once again bring back the world of Atlantis to the big screen. The film was a cult classic among those who enjoyed it as it has never been held as a mainstream Disney Film. Kida is often overlooked when it comes to being a Disney princess at all.

There is no date announced for when this movie will come out or who is working on it as of yet, but knowing that they are already considering cast is a huge deal. Now we just sit back and wait for Disney’s official announcement.

If you haven’t seen the cartoon I urge you to. You can buy both Atlantis: The Lost Empire and Milo’s Return right now on bluray and dvd for only $14.99 on Amazon.